HomeNewsSofia Open 2019A great gift opportunity for the tennis fans... 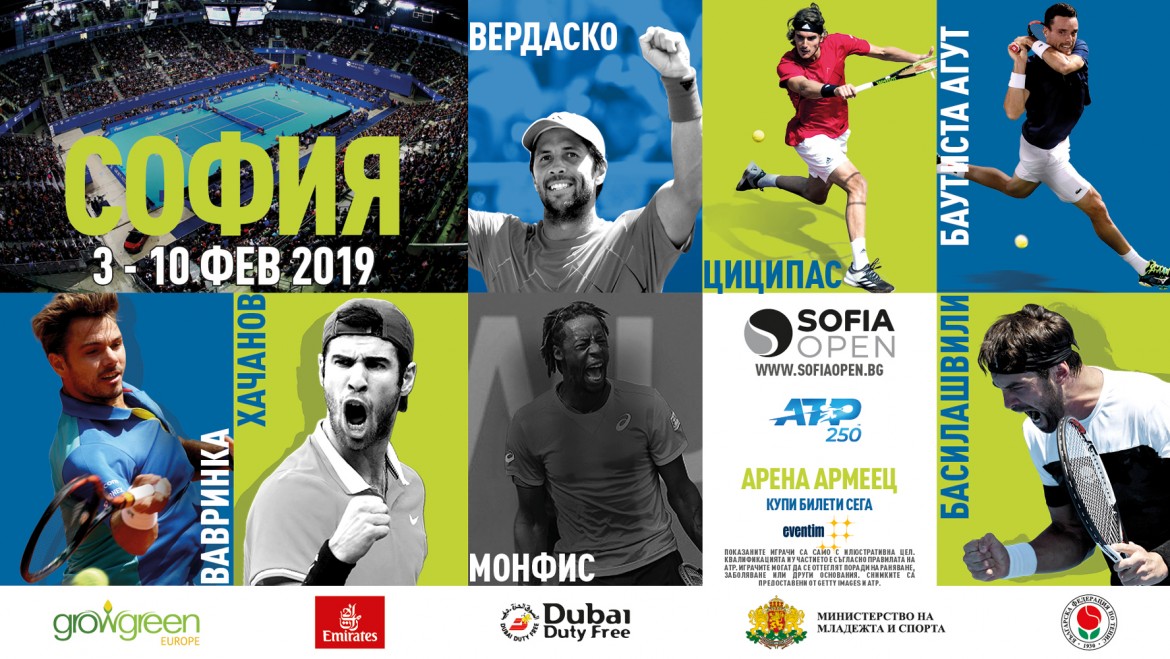 Just before the Christmas and the New Year’s Eve here comes a great news for the tennis fans in Bulgaria – the daily tickets for the ATP 250 tournament Sofia Open 2019 are going on sale. The sports fans wishing to visit the best edition of Sofia Open will be able to receive or to make a nice present and attend the biggest sports event in Bulgaria in 2019.

The single tickets for all days of the Sofia Open 2019 are on sale from December 14 at Eventim.bg in three categories regardless to the seats in Arena Armeec. The fourth edition of the tournament will take part from 3 to 10 of February 2019.

You can get your ticket directly here:

Seven Top 30 players and former №3 in the world Stan Wawrinka will take part in the 4th edition of the Sofia Open ATP 250 tournament. The battle for the title at Arena Armeec hall (3-10 February 2019), will be the strongest in front of the Bulgarian audience.