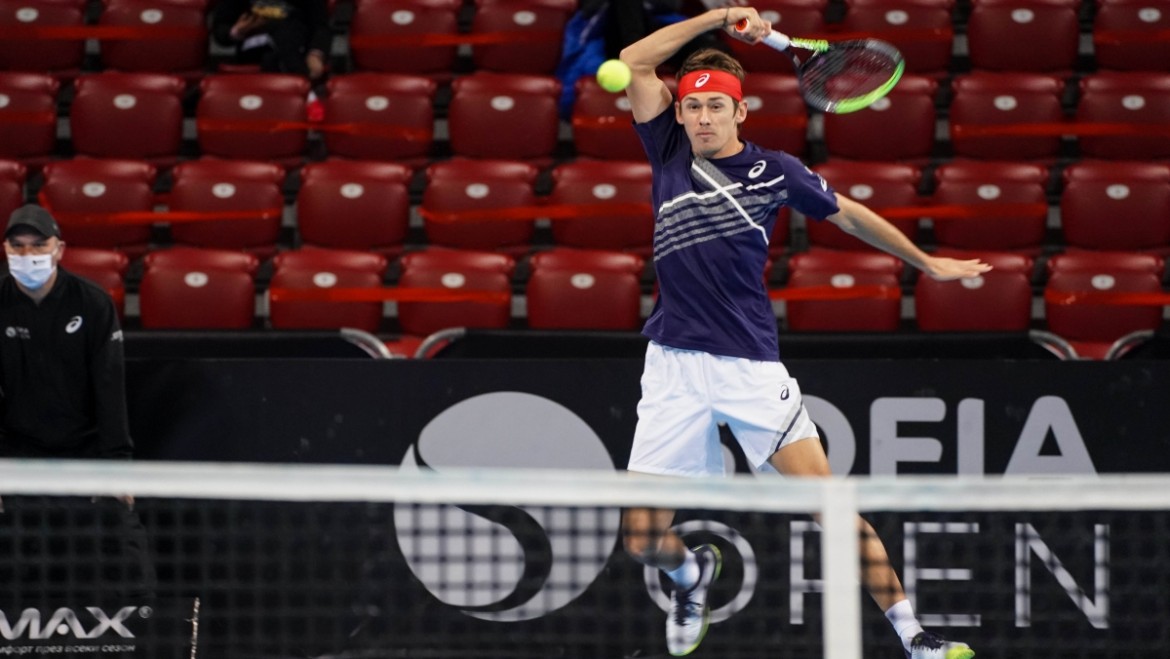 The third-seeded Alex de Minaur made a victorious debut at 2020 Sofia Open. The 21-years old Australian won 6:4, 7:6 (5) his first match in Arena Armeec against qualifier Aslan Karatsev in 110 minutes.

De Minaur started stormily and broke his opponent in the first game, which was enough for winning the set. The current world No 25 needed a tiebreak to get the second set, and both players scored nine minibreaks. The 21-year-old, who reached the European Open final in Antwerp (l. to Humbert) last month, recovered from 3-5 down in the second set and saved two set points at 4-5, 15/40.

“I am very happy with the win today against a very, very tough opponent. It was an incredibly tricky match. I am very happy I was lucky to get the win and to have such a positive start to my Sofia Open. This is the last tournament of the year. And I want to see if it give me some wins. It will not break or make my year. I have myself objectives, but I can’t put more pressure on myself. I am here to ry to go as deep as I can,” De Minaur said.

He will next play Italian Jannik Sinner or lucky loser Marc-Andrea Huesler of Switzerland.

„Both are quality opponents. And in these conditions – very tricky opponents. They both hit the ball very big. They try to dictate. Honestly, ether one of them is going to be incredibly tough. Hopefully they will play 14 hours today”, the Australian added regarding his next match.

Anyway, Karatsev may be happy with his participation in Sofia. The Russian won three matches in Bulgaria, starting his way in the first qualifying round.