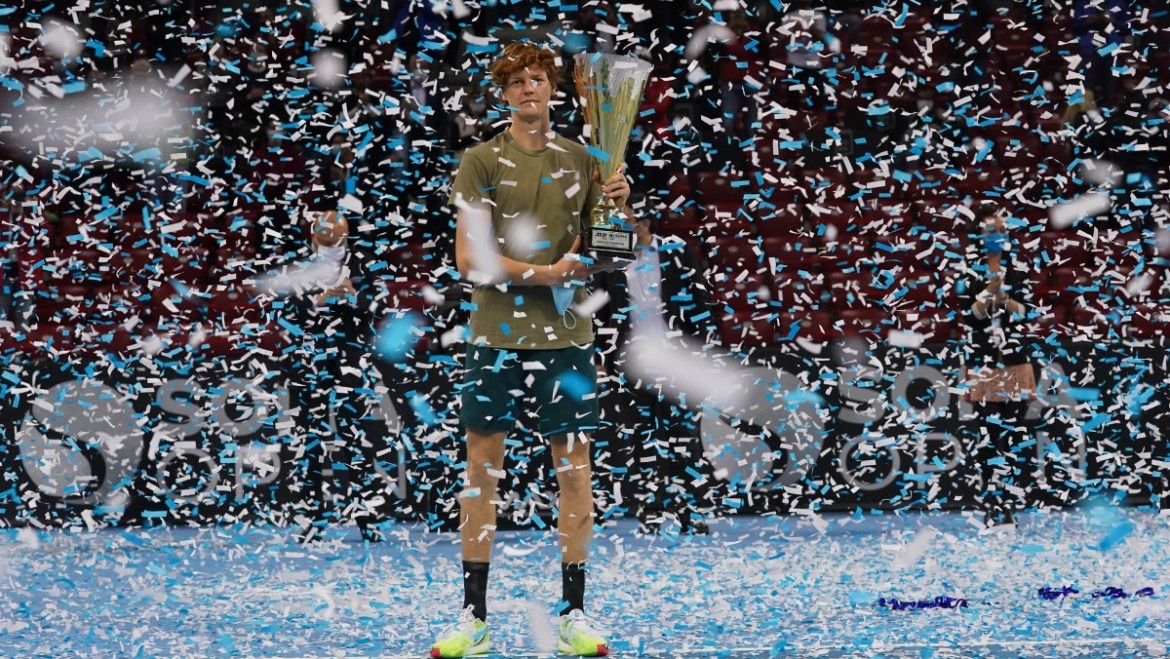 1) Sinner Defending Champ: Sinner has happy memories in Bulgaria, as he won his first ATP Tour trophy at last year’s Sofia Open, and he is back to defend his title. The 20-year-old could play Vasek Pospisil in the second round. That would be a rematch of last year’s final at this event.

Hard courts have been Sinner’s best surface, having won more than 66 per cent of his tour-level matches on it. The Italian won the biggest title of his young career at the Citi Open, an ATP 500 event in Washington, less than two months ago.

2) Monfils Gaining Steam: Gael Monfils made his first semi-final of the season last week in Metz. Will he advance even further in Sofia? Two years ago, the Frenchman advanced to the last four at this ATP 250 event, including a victory against Stefanos Tsitsipas. Monfils is the second seed this week and will begin his run against Winston-Salem titlist Ilya Ivashka or Spaniard Pablo Andujar.

3) Aussies Going For The Title: There are three Australians in the draw, led by third seed Alex de Minaur, who made the Sofia quarter-finals last year. De Minaur has won titles in Antalya and Eastbourne this year, and he can claim three tour-level trophies in a season for the second time if he triumphs this week in Bulgaria. He opens against American Marcos Giron or Spaniard Jaume Munar.

The other Aussies in the field are eighth seed John Millman and James Duckworth. Duckworth made the best run of his career last week in Nur-Sultan, where he advanced to the final before losing against Soonwoo Kwon of South Korea.

4) Musetti On The Move: Lorenzo Musetti is trying to qualify for the Intesa Sanpaolo Next Gen ATP Finals in Milan, and he can make progress towards that goal with a big run in Sofia. The 19-year-old was No. 126 in the FedEx ATP Rankings when this event was played last November, and now he is closing on the Top 50. Musetti will play Bulgarian wild card Dimitar Kuzmanov, an ATP Cup veteran, in the first round.

5) Kontinen/McLachlan Top Seeds: The top seeds in the doubles draw are Henri Kontinen and Ben McLachlan, who are pursuing their first ATP Tour trophy as a team. The second seeds are Buenos Aires champions Tomislav Brkic and Nikola Cacic, and the third seeds are Austrians Oliver Marach and Philipp Oswald.