Bautista Agut: I am happy to be again in Sofia

HomeNewsSofia Open 2017Bautista Agut: I am happy to be again in Sofia 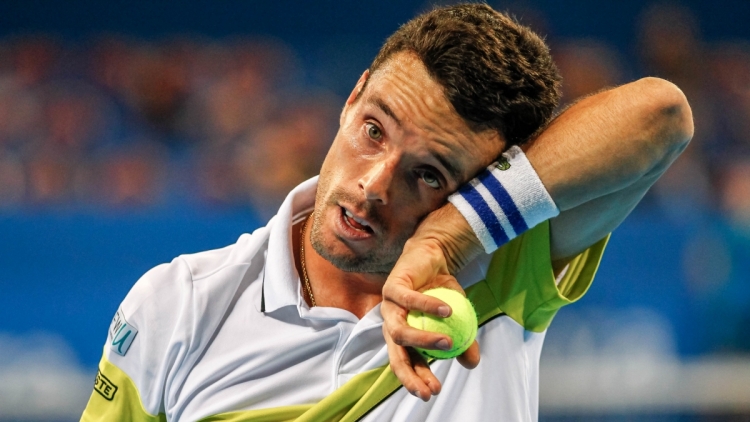 The Spaniard wants to recover after tough Davis Cup weekend

Roberto Bautista Agut recorded his fourth win in a row at Garanti Koza Sofia Open. Defending champion Roberto Bautista Agut joined Goffin in the quarter-finals by dismissing German qualifier Cedrik-Marcel Stebe 7-6(4), 6-3. The Spaniard improved to 10-1 on the season, having won his fifth career ATP World Tour title last month in Chennai and having reached the fourth round of the Australian Open (l. to No. 3 Raonic).

“I didn’t have much time to adjust to the attitude here in Sofia and the conditions. But I think I played very good tennis and I competed very well. I am happy because he was really great opponent and I played really very good. I know Cedrik very well. He was practicing in Spain for a year or more. We played together few times. I also traveled with him one month and I know him pretty well. I know he is a good player. He is very talented. He is left-handed and this makes things difficult and I knew the match would be tough”, said for his match Bautista Agut.

His next opponent will be the winner between Gilles Muller and Mikhail Youzhny. “Gilles is a great opponent to face and he is very good player also. We will see. Now I am focused on me. I want to try to recover. It was a really tough weekend with Davis Cup matches. I am happy I have one day off”, added the world number 16.