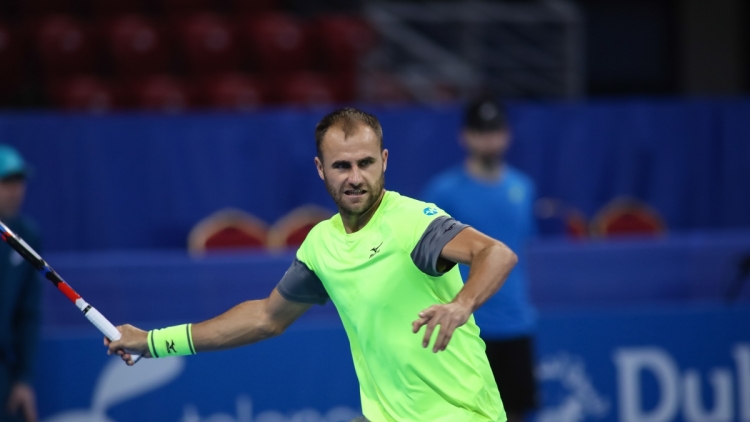 Gilles Muller had no luck again in Sofia. The Luxembourg born lefthander was defeated in the quarter-finals at DIEMA XTRA Sofia Open for a second year in a row. He lost to 27-years old Marius Copil 6:4, 6:4 in just 80 minutes.

The Romanian, world No 93 in the moment, dominated his opponent, seed No 3, with serve and scored 13 aces to 6 for Muller.

In his first ATP semi-final in his career Copil will face the winner between qualifier Jozef Kovalik and Markos Baghdatis.