Debut for the history for Adrian Andreev

HomeNewsSofia Open 2018Debut for the history for Adrian Andreev 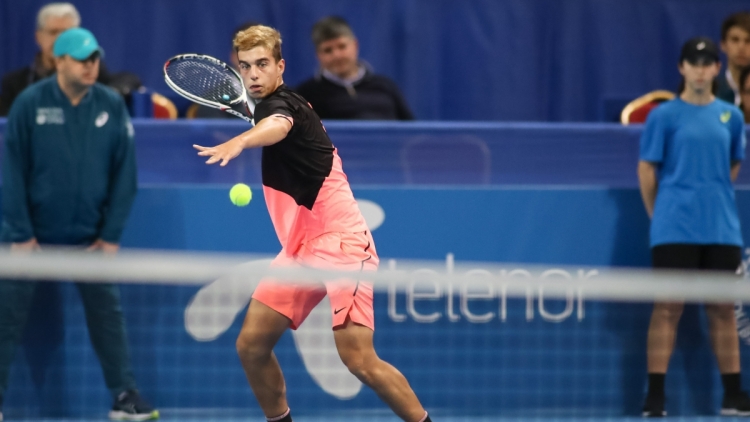 In the history records Andreev left his name as the first player born 2001, who played a match in ATP World Tour main draw.

Much more experienced Istomin won the first five of six games in the match. Adreev rebroke once, but couldn’t do more in this set.

There was a real fight for every point in the second set. Istomin started well leading 2:0, but the young Bulgarian didn’t give up and came back for 3:2. Then they made one break each but Istomin didn’t mistake in the end and reached the second round.

Next the winner will play the winner between Ernests Gulbis and Viktor Troicki.

“In the important moments I couldn’t stay calm. I had chances to win the second set. But I was nervous and made a lot of mistakes. It is clear that I am not equal to such a player. I have to work a lot to be like him. I am pleased, I played better than the last year – my serve was better. It is a pity I couldn’t stay calm. I hope, match like this will give me confidence,” Andreev said after the match.