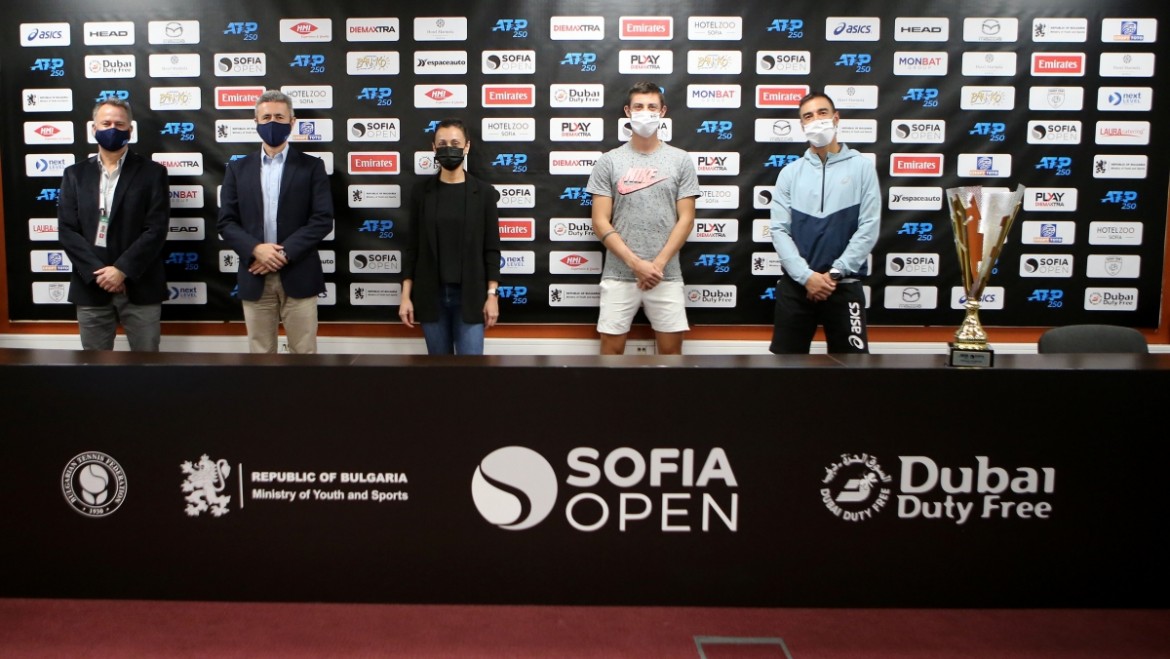 The defending champion Jannik Sinner is the top seed at Sofia Open 2021.

In a strong field, former champion, upcoming talent and home favourites will compete at the tournament this year, with the draw conjuring up some exciting matches at the ATP 250 indoor-hard event.

Jannik Sinner is the defending Sofia Open champion. Last year the talented Italian won his first ATP singles title and this year he added another two. Sinner climbed on September 13th to a career-high ranking of #14 and is sitting at #10 in the Singles Race. In August the 20-year-old Italian became the youngest ever ATP 500 champion winning the title in Washington and in April reached his first ATP 1000 final in Miami (l. to Hurkacz).

The Italian will begin his quest for his third tour-level trophy of the season and fourth career against either qualifier or the 2020 Sofia Open finalist Vasek Pospisil.

#2 seeded is Gael Monfils, third seeded is Australia’s #1 and world`s #17 Alex de Minaur and fourth in the seed is the best Kazakhstani Aleksander Bublik. All they will open their participance in the second round.

Alex de Minaur will play for the second consecutive year at Sofia Open. The Australian is a five-time ATP singles title winner including two in 2021 – in Antalya and Eastbourne. Raised in Spain, De Minaur, called The Demon, is mentored by the former world #1 and two-time Grand Slam champion Lleyton Hewitt.

Gael Monfils will also play for the second time at Sofia Open. One of the biggest showmen in the tennis world reentered the world Top 20 a month ago. The Frenchman is a 14-time ATP singles title winner and in his debut at “Arena Armeec” in 2019 reached the semifinals. As always he is coming in Sofia as local fan’s favorite.

Fifth seed – Filip Krajinovic, is alredy well known in Sofia. He will face wild card local hero Aleks Lazarov in the first round.

Talented Alejandro Davidovich Fokina is having the best season of his career. In June the Spaniard reached quarterfinals of the French Open and climbed to #32 in the FedEx ATP singles ranking. Davidovich Fokina, whose father is a former professional boxer, reached the quarterfinals of the ATP-1000 Monte Carlo. He will face another Bulgarian star – wild card Dimitar Kuzmanov in the first.

Qualifier vs. V. Pospisil (CAN)