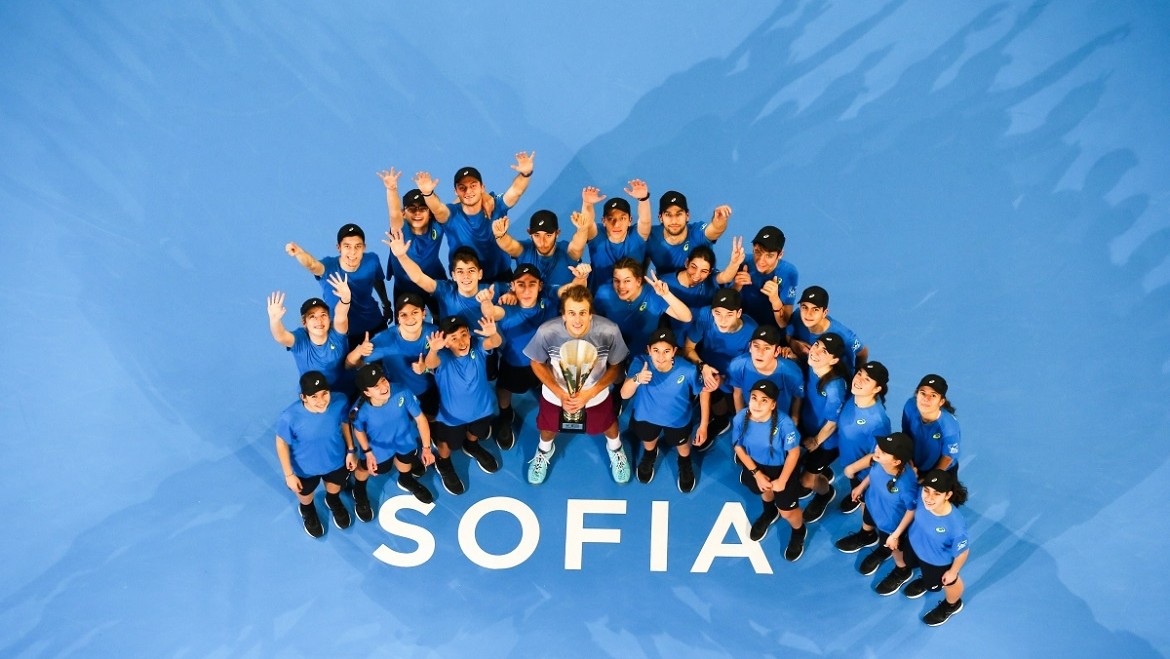 “I am living my dream. Thank you all, who came and watched this match here. Thanks to my parents, brother, coach. Thank to the sponsors, because withouth them this tournament wouldn’t be possible. Thanks to Marius for the good match. Sofia will ever stay special to me”, said Basic on the court to the 10 500 people in the Arena.

It is Basic’s greatest career success, after he has had never made a tour-level quarter-final prior to the 2017 VTB Kremlin Cup, where he made the semi-finals, before.

The aggressive Bosnian, playing his seventh match this week, made an early break, Copil‘s first in the tournament, to lead 2:1, but then the Romanian managed to re-break (5:5). Basic showed no nerves in the end of the tie-break to win 8:6. Both repeated the performance in the second. After fight all over the court Copil managed to equal after 7:4 in the tie-break. Basic remained aggressive overcoming back problems before the third set and marched to his fist ATP title.

On Saturday, the qualifier here scored his biggest career win, stunning the top seed and three time Grand Slam champion Stan Wawrinka 7-6(6), 6-4. It was Basic’s first victory against a Top 20 player in the ATP Rankings, with his best prior win coming against World No. 35 Philipp Kohlschreiber earlier this week. The Bosnian had never beaten a Top 100 opponent before last season.

With his triumph at DIEMA XTRA Sofia Open he earned a spot in the Top 100 of the ATP Rankings for the first time at 26 years old. He will start next week as world No. 76.

Basic was the first who managed to break Marius Copil’s serve game in Sofia. The Romanian never dropped a set till the final match. It took Copil six attempts to advance to his ATP World Tour first semi-final, which he did by defeating third seed Gilles Muller on Friday. But it only took the 27-year-old one opportunity to take it a step further, ousting an opponent in Kovalik who was also competing in his first semi-final. Next week Copil will match his career-high ATP Ranking of No. 74.