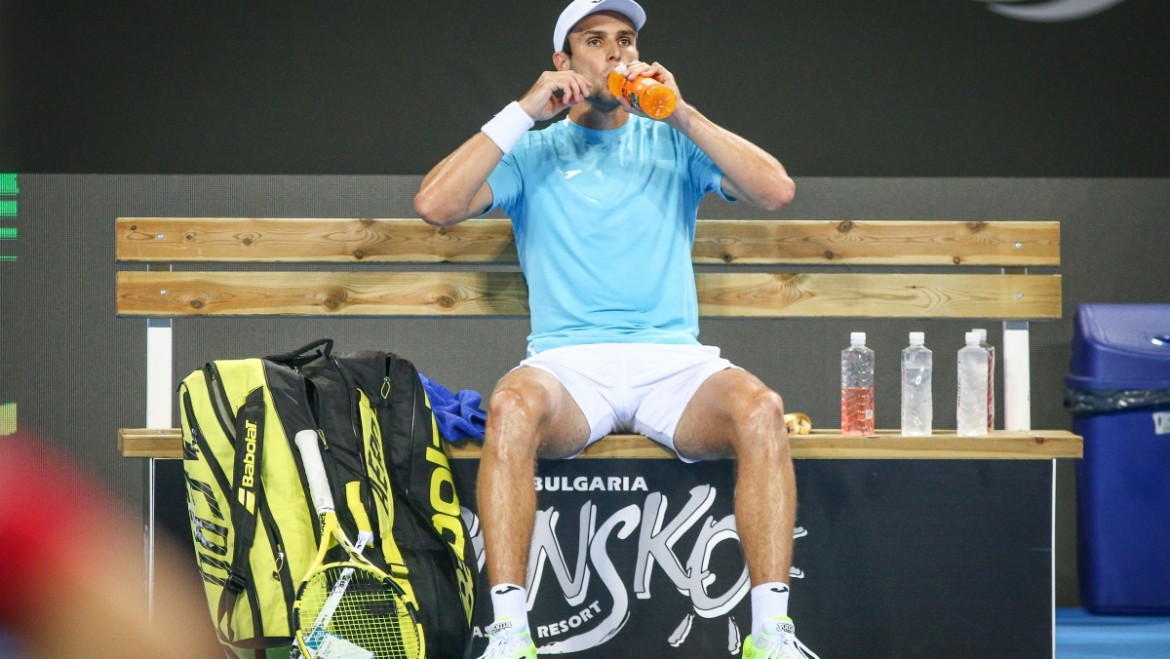 The world 144 Aleksandar Vukic stunned Fabio Fognini in his debut single match at Sofia Open 2022. The 24-years old Australian impressed with a solid mental mindset winning 7:6 (11), 7:5 in the final match for Tuesday, and grabbed his first ATP victory since February.

Vukic’s next opponent in “Arena Armeec” will be the winner between Fernando Verdasco (Spain) and 6th seed – Nikoloz Basilashvili (Georgia).

“The key was winning the first set. I was down 3:6 in the tiebreak, but I was lucky to win it. I arrived in Sofia from the USA and am still not fully acclimatized to the time difference. I really like it here, I feel great,” said the happy winner in the on the court interview.

Ugo Humbert stretched his Sofia Open 2022 run to three consecutive wins. The Frenchman started the 250 ATP tournament seeded N1 in the qualifications and is now already in the second round of the main draw. Today Humbert, currently world N110, recorded his 7th season win, defeating 7:6(4) 6:4 the Bulgarian Wild Card Dimitar Kuzmanov in Sofia. Next, the 24-years old Metz-born will face the winner between another player coming from the qualifiers – Jan-Lennard Struff (Germany) and Serbian Dusan Lajovic.

In another first round match on Tuesday Nuno Borges needed a comeback after losing the first set to LL Mirza Basic. The Portuguese managed to win 3:6, 6:3, 6:2. Next the No. 93 in the Pepperstone ATP Rankings will play the top-seed and two times champion in Sofia Jannik Sinner.