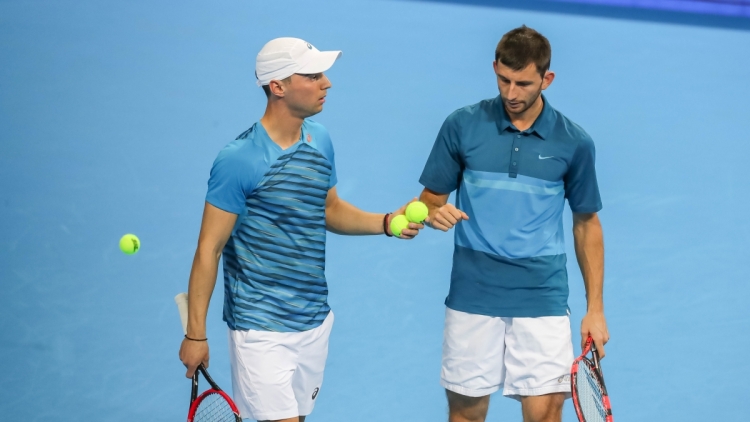 Kuzmanov and Lazov – in the second round in doubles

Dimitar Kuzmanov and Alex Lazov recorded the first Bulgarian win at Garanti Koza Sofia Open. They won against Ariel Behar/Andrey Vasilevski 6:4, 6:7 (9), 10:7 in the first round. They deserved 45 points and next game will face winners in the match between Robin Haase/Philipp Petzschner and Mate Pavic/Alexander Peya (seeded N2).

“It would be a big disappointment if we had lost this game. It happened last year and once again we missed a match point. But we are very happy that we won”, said Lazov.

“There was some pressure after the second set. But we stayed positive and calm. We fought till the last point and won. It’s a revenge for last year’s defeat”, added Kuzmanov.