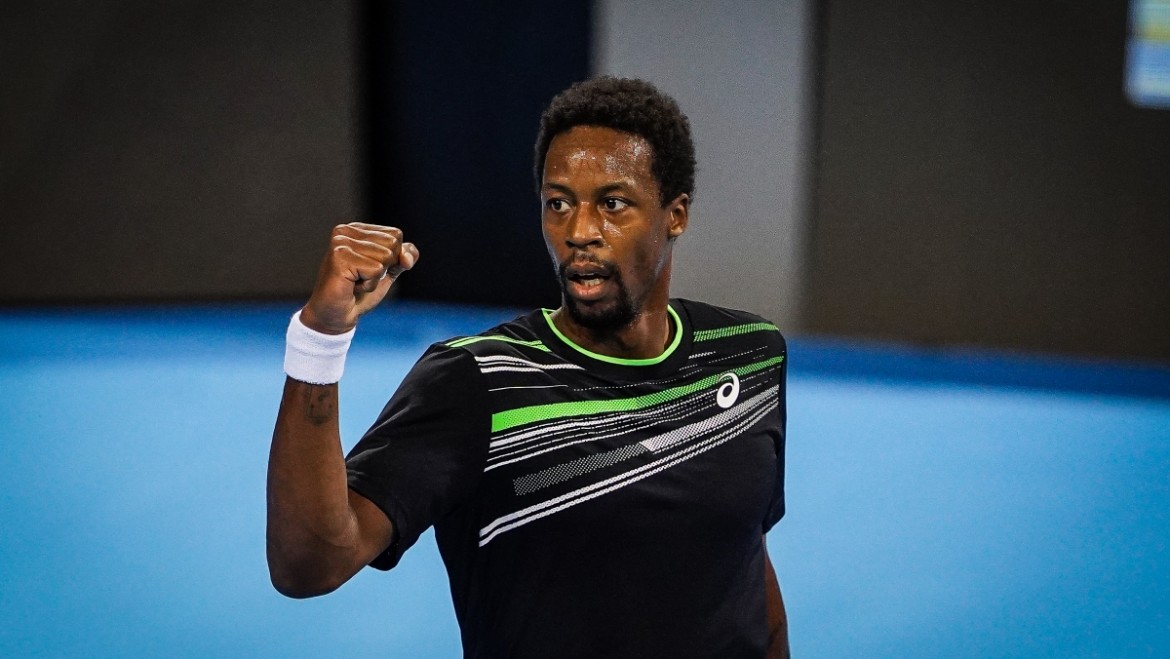 Second seed Gael Monfils is an ATP Tour finalist once again after he overcame American Marcos Giron 7-5, 6-0 on Saturday at the Sofia Open. It is the first time for the Frenchman, one of the Bulgarian fans most favoured players in the tour, to reach the match for the trophy in Sofia.

The Frenchman struck his groundstrokes with great power as he found his range as the match went on. The World No. 20 rallied from 2-4 down in the first set, winning 11 of the next 12 games to advance after 65 minutes.

In a lively first set, Giron started well as he hit with consistent depth which forced Monfils to drop the ball short. However, from 4-2 ahead, Monfils began to pin Giron behind the baseline as he used a greater variety of shots to dictate.

The World No. 20 reeled off five of the last six games in the opener to lead, before he continued to close the net in the second set as he raced clear against a disheartened Giron to secure his victory.

“It was a great match,” Monfils said in his on-court interview. “At the beginning, Marcos was playing very solid. I could not find the exit door and at the end I found it. I am very happy as I was very solid. It was a very physical match with lots of long rallies. I am very happy to get through. I felt in his rhythm he was crushing the ball, so I wanted to change the speed a little and come to the net a little bit and step in,” Monfils added. “Just mix it up a little bit and I think that was key for me.”

With his victory, Monfils has now reached a tour-level final for 17 straight years. His last championship match came in Rotterdam in February 2020, when he defeated #NextGenATP Canadian Felix Auger-Aliassime for his 10th tour-level crown.

The 35-year-old, who enjoyed a run to the semi-finals on home soil in Metz last week, will face either #NextGenATP Italian Jannik Sinner or fifth-seeded Serbian Filip Krajinovic in the final.