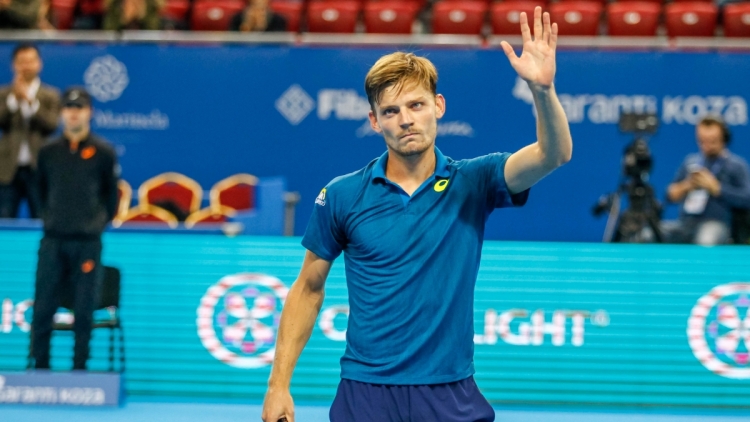 The Belgian battled for a three sets win against Albot

David Goffin is the first who reached Garanti Koza Sofia Open’s quarterfinals. The second seeded Belgian had hard times against Radu Albot, but won 6:2, 6:7 (7), 6:3. The match lasted almost two hours. Goffin did well in the first set, broke his opponent twice and won 6:2.

Goffin was two points away from winning the match in straight sets, tied at 7/7 in the second-set tie-break, but the right-hander regrouped and didn’t face a break point in the third set. Goffin will meet Italian Andreas Seppi or countryman Steve Darcis in the quarter-finals.

“It was not easy. Of course, I am on my best when I play the base line. So I had to play my game. I am number 11 in the world with that kind of game, so I had to play this game. That was the solution to beat him. I think I am more solid than him. Of course, in the second set I did a bad game at 4:3. Then I was 3:0 in the tie break. I could finish the match in the second, but I didn’t. It was not easy, it was the first match here, in Sofia. The conditions are really tough. It is not easy to control the ball. It was not easy to find my rhythm. I am happy that I have another match in two days so hopefully it will be better. I love to play indoor. I have to fight. I do my best in every match”, said the world number 11 after the match.