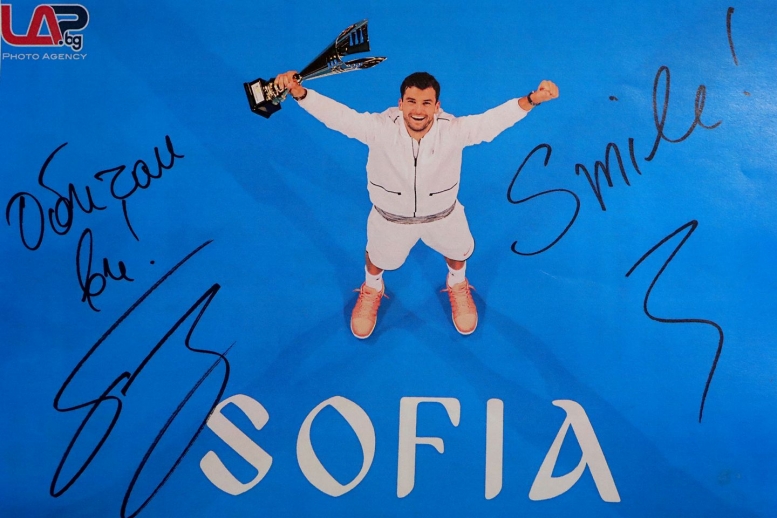 in Grigor Dimitrov, Leading news, Sofia Open 2022 29 Aug 750 0 0
Grigor Dimitrov will play once again at Sofia Open 2022!  The big international star of Bulgarian tennis has just confirmed his participation in the tournament of the ATP 250 series in “Arena Armeets” from September 25 to October 2!
“I’m very excited to be playing at home again and I’m happy to be participating in the Sofia Open. I keep incredible memories and great emotions from 2017. To feel such strong support from you, the Bulgarian fans, was very exciting. Just walking out on the court in front of a full house is an indescribable experience and a memory of a lifetime. It’s wonderful that we get to experience it again. I look forward to seeing you at Arena Armeets. I’ll see you soon!” 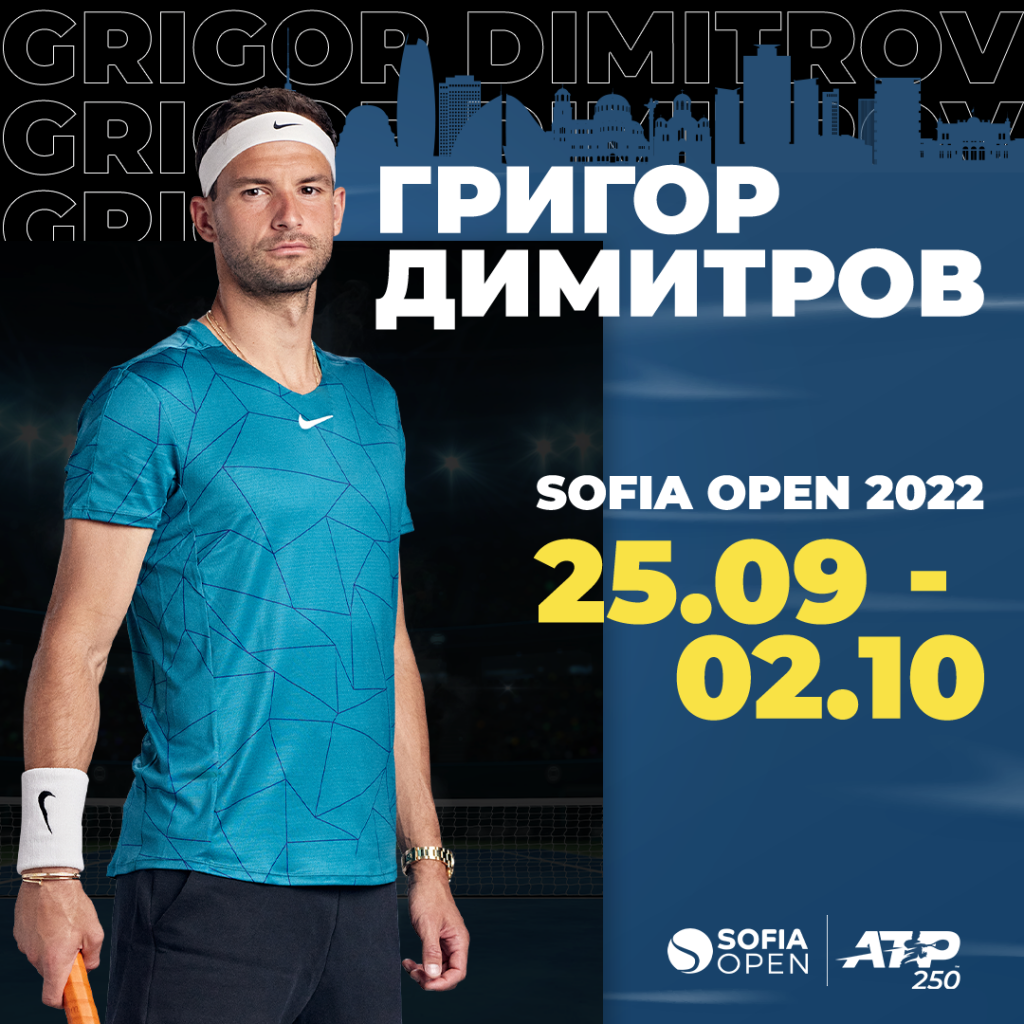 The best Bulgarian tennis player in history and number 19 in the world is currently the returning champion from Sofia in 2017.  Injuries in 2018 and 2020, as well as changes in dates due to the Covid pandemic stopped Dimitrov from participating in the tournament on home soil but in 2022, the favorite of the Bulgarian fans will play again at the Sofia Open.
At the suggestion of Grigor Dimitrov and in the interest of his Bulgarian fans wishing to see him compete to win back the Sofia Open Championship, the promotional offer for a 20% discount on Sofia Open 2022 tickets will be extended for another 2 days until the end of the day on August 30.  Regular price of tickets will commence from August 31.
Tickets for the seventh edition of the tennis tournament in Sofia are on sale – online at Eventim.bg and in the partner network throughout the country.
The Sofia Open is once again becoming one of the strongest tournaments of the ATP 250 series, and the Bulgarian public will have the chance to watch live a significant number of the best tennis players in the world including their very own star player Grigor Dimitrov!
Sofia Open 2022 will feature the Italian tennis sensation and two-time Arena Armeets champion Jannik Sinner.  One of the biggest showmen in the tour and a finalist from last year’s edition – Gael Monfils – also announced his participation.  Stan Wawrinka, the winner of three “Grand Slam” titles, also arrives in Bulgaria.  The champion of the last “Masters” in Montreal and current number 14 in the world Pablo Carreno Busta will also fight for the trophy on Bulgarian soil.  In Sofia, we will also see another Italian star of the future and a current member of the top 30 in the world – Lorenzo Musetti, who recently won the title of the ATP 500 tournament in Hamburg.
The Sofia Open 2022 is guaranteed to be a show stopper!
Get your tickets now: