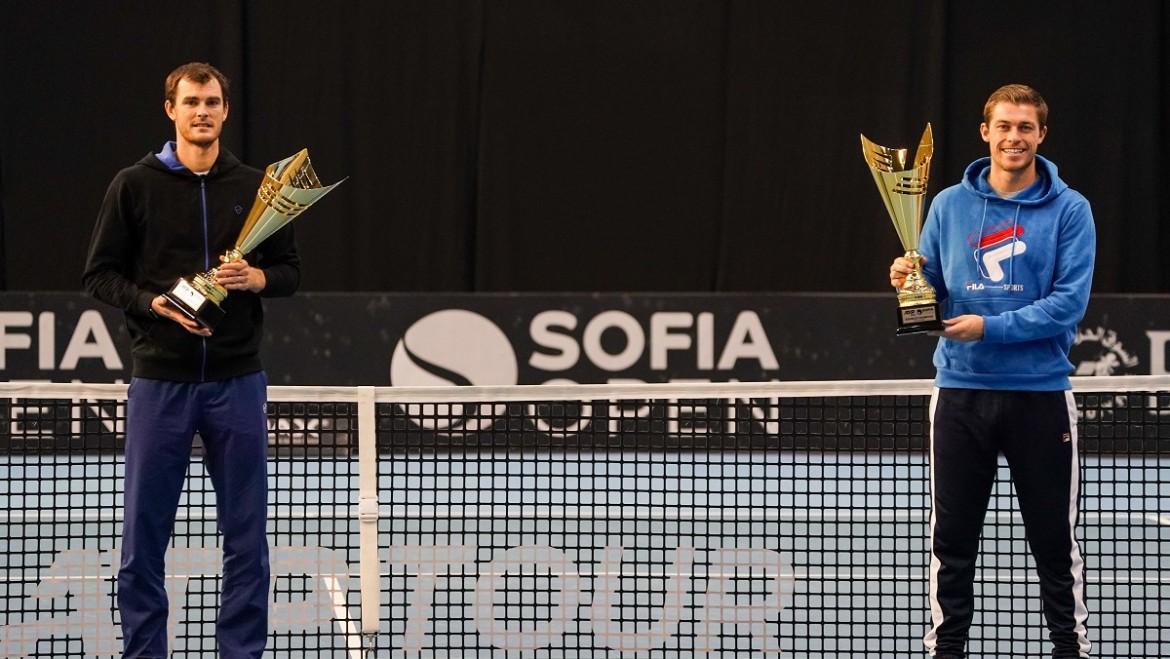 Jamie Murray and Neil Skupski are the 202 Sofia Open doubles champions. The second-seeded Brits triumphed with the trophy of the fifth edition of the ATP 250 tournament in Sofia after top-seeded Jurgen Melzer (Austria) and Edouard Roger-Vasselin (France) withdrew from the final clash due to Melzer’s shoulder injury.

“It would have been great to go out on the central court and play the final, but things like that happen. We had three very good matches in Sofia this week, and I’m glad to take the trophy with me in London,” said the former doubles №1 Jamie Murray.

This is the British duo’s first tour-level trophy.

“We enjoyed tennis this week. Unfortunately, we didn’t have the opportunity to see the city. I hope to return to Sofia next year and play here again. The tournament was great for us, thank you to everyone – to the people that took care of us—a high level. I take off my hat to the organizers for the efforts made in these difficult times. I really hope to come back next year and then play the final,” said Neil Skupski.

The program on Saturday will start at 1 pm with a demonstration show match in pairs. On one side of the net will be Dimitar Kuzmanov and Jordan Yovchev – the first gymnast to participate six times in the Olympic Games, four-time Olympic medalist and world champion in gymnastics. They will play against Alexander Donski and the beloved actor Nencho Balabanov. The referee of the match will be Niki Kanchev.

The doors of Arena Armeec will be open at 12 o’clock.

The battle for the singles title at the 2020 Sofia Open will start at 3 pm.

The trophy will be contested by the first tennis player, born in 2001, who reached the ATP final – the champion of the NextGen Masters Jannik Sinner, and Vasek Pospisil, who also will play for his first title from the Tour.