Jannik Sinner: I decided to come back here because I like to play here

HomeNewsSofia Open 2021Jannik Sinner: I decided to come back here... 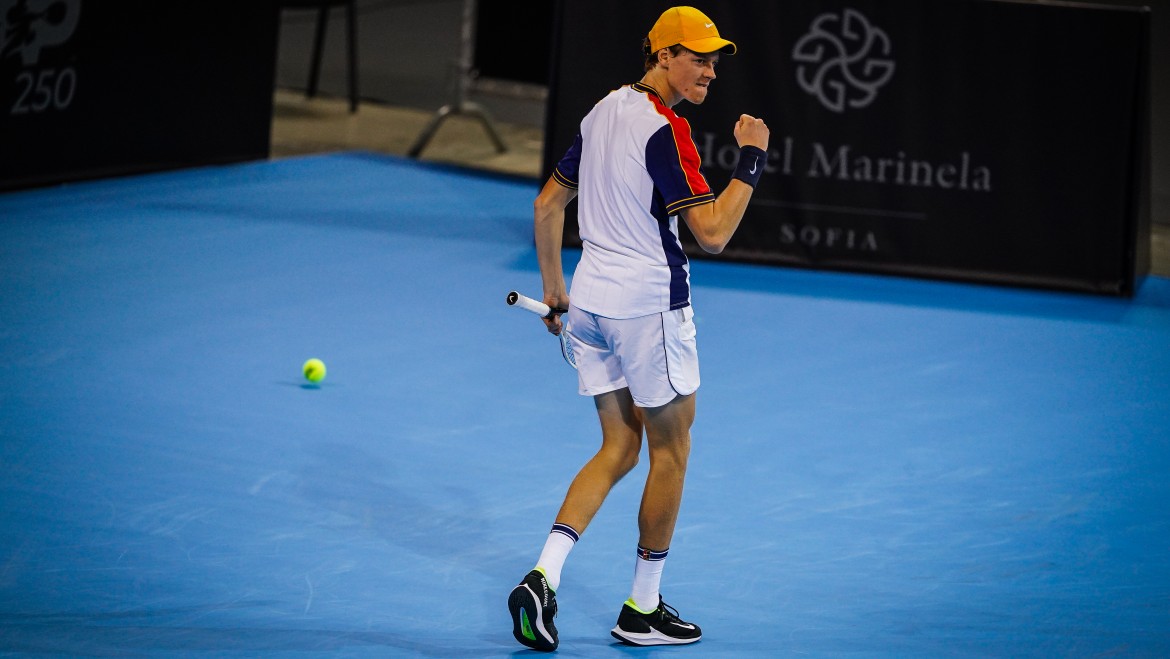 The defending champion Jannik Sinner won another match in straight sets to advance to the semi-finals at Sofia Open 2021. The talented Italian won James Duckworth 7:6(4), 6:4.

Congrats, Jannik! It was a tough battle for you today against Duckworth. He is really on form right now. How will you describe the match and what was in his game particularly so tricky?

He was in very positive situation. Winning Challengers. He beat me already in Toronto and making finals last week. He had a lot of confidence. For me was very tough to find my rhythm. In the beginning I was not moving well and was not feeling well on court. But you know – it is tennis. You have to understand when the situation is tough, to find a solution which I think today I’ve done. In the tricky moments I played the points better than him. The match was very very close. He is serving well. He is changing the ball quite a lot, especially with his slice backhand. And I am moving within his forehand which makes it quite tricky to play against him. And as I said – he was in a very positive situation. I tried to do my best. Today it worked so I am very happy.

Jannik, congratulations for the win. Many of the best players decided to play in San Diego instead of here. Probably it is better preparation for the forthcoming Indian Wells, but you came in Sofia. Was it because of the great memories from the last year, or it doesn’t make any difference?

Of course, it is because…you know, when you win for the first time a title, you like the place for sure. Unfortunately – without the fans. But I decided to come back here because I won it once and I think the connection with the fans was very very nice. They helped me last year a lot to win it here. As I said before unfortunately, they are not here, but this is for every player that plays here. Obviously if you think – San Diego might be better preparation for Indian Wells – yes. But also, if you go far here on this tournament, you have a little bit of time. I would play on Thursday there, so I have four days, three days, whatever it is, it depends how it goes here. You know – I decided to come back here because I like to play here. I think this is the reason.

In both sets you had to come back from deficit 2:5 in the first set and 2-4 in the second set. What is the mindset for you when you find yourself down in such situations to come back?

It is not easy when you always have to trying to catch him. Especially in a match like this. It is not easy. I just tried to stay focused. Tried to make him think a little bit which in the first set worked when he was serving for the set, he made a couple of unforced errors. I just tried to stay solid. In the second set, when I was 4-2 down, I tried to hit a little bit faster, hit a little bit stronger. And especially in the last game I made the right decisions, especially the first two points. I hit two forehand winners. Which at that at this moment I tried to close it out and it worked. It is not easy also coming back every time. You would maybe prefer to stay up. In the other way obviously, when you are up, you are under preassure to close it out. This is tennis. But every player obviously would like to stay up with the score.