Kuzmanov came back and recorded his maiden victory at Sofia Open

HomeNewsSofia Open 2021Kuzmanov came back and recorded his maiden... 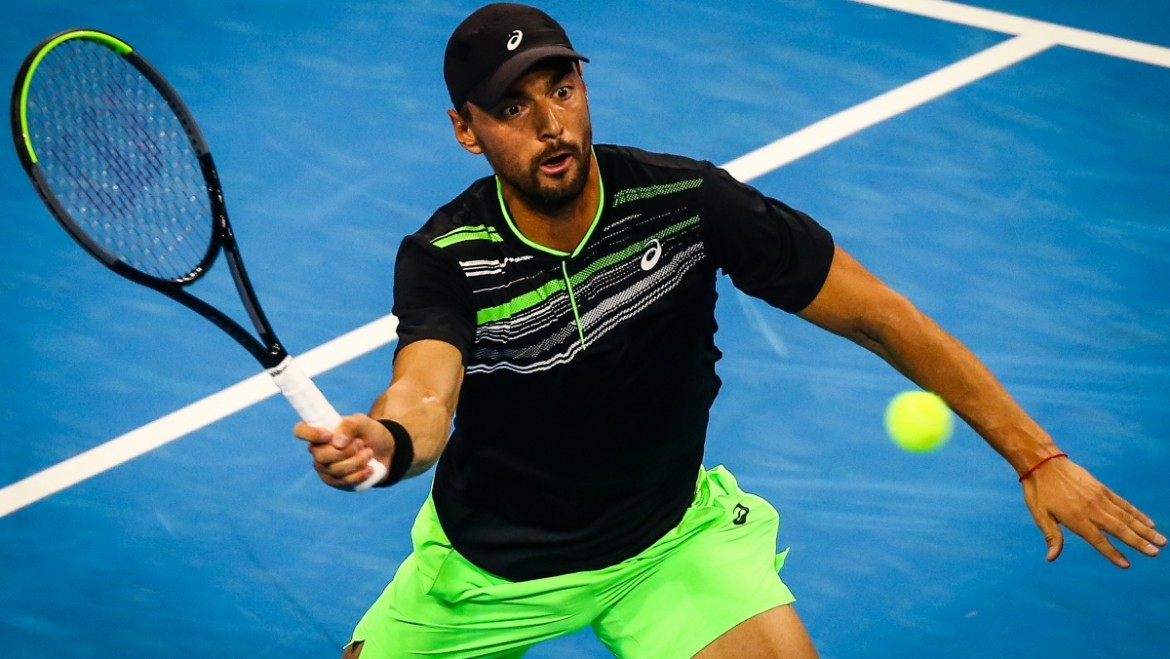 One of the Bulgarian tennis heroes – Dimitar Kuzmanov made an impressive and spectacular comeback and seized his first Sofia Open victory. The second-best local player stopped the Italian teenager Lorenzo Musetti 6:7 (4), 7:6 (3), 6:3 in a three hours dramatic match.

Kuzmanov reached the second round after taking part in every edition of ATP250 Sofia event.

In Top 16 Plovdiv born player will have another big chance. He will face Lucky Loser Kamil Majchrzak of Poland. The Pole entered in the main draw after withdrawal of the fourth seed Aleksandar Bublik. The Kazakh cancelled his participation due to a right shoulder injury.

Kuzmanov became the second Bulgarian to win a match in the main draw in Sofia after Grigor Dimitrov, who won the tournament title in 2017.