HomeNewsSofia Open 2018Kuzmanov fought but lost in first round at... 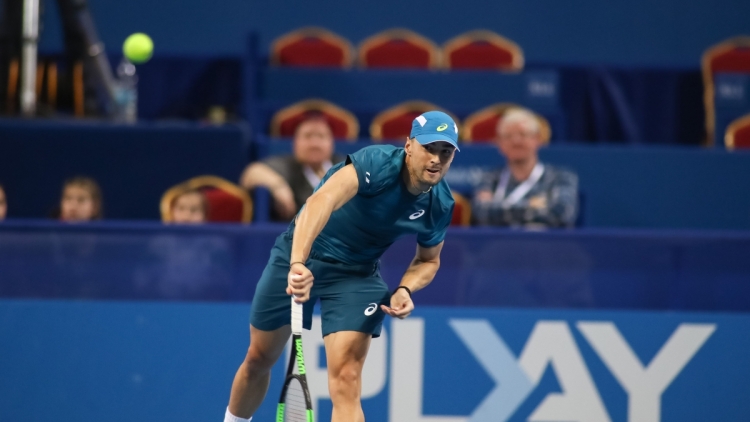 Dimitar Kuzmanof fought hard one set but lost his first match at DIEMA XTRA Sofia Open. The second ranked Bulgarian in the world lost to seventh seeded Joao Sousa (Portugal) 6:7 (6), 1:6. This was Kuzmanov’s third participation in the tournament with a “wild card”.

There was a real battle on Arena Armeec Central Court in the first set. Sousa, who is world number 68, was more confident in the beginning. He made a break in the third game and then led 5:3. Sousa lost two set points leading 5:4 and 40:15. Kuzmanov didn’t give up and broke his opponent serve. In the tie break Kuzmanov led 5:1 and then – 6:3, but lost three consecutive set points and lost the set.

Sousa was more confident in the second set and easily won the match. On Thursday he will meet the winner between Maximilian Merterer (GER) and Malek Jaziri (TUN).

„I lost concentration at the end of the first set. I had my chances to win the set, but he had too when it was 5:4. I am pleased with my game, especially in the first set. I was equal to a top 100 player. He was the toughest opponent I had ever played here, in Sofia,” Kuzmanov said after the match.

Tomorrow the Bulgarian will play doubles with Vasko Mladenov against Scott Lipsky (USA) and Divij Sharan (IND). “I always get on the court with the thought of winning. We will fight till the end,” the Bulgarian promised.