Kuzmanov stopped in first round 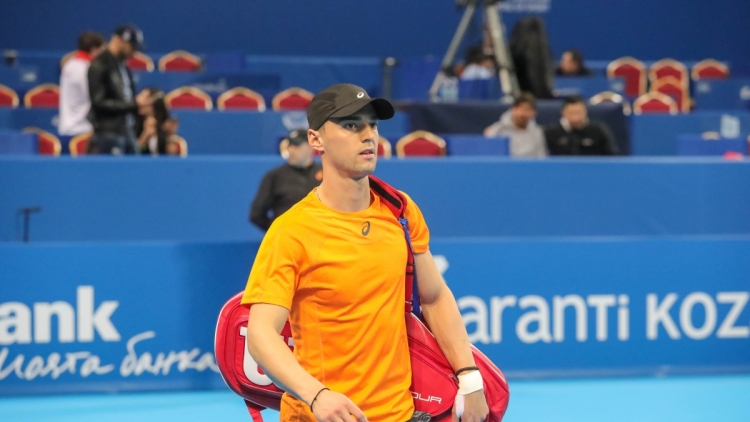 Dimitar Kuzmanov ended his participation in singles at Garanti Koza Sofia Open. The Bulgarian Davis Cup member lost to Robin Haase 4:6, 3:6 in 67 minutes in Arena Armeec.It was Kuzmanov’s second match in ATP 250. Last year he was defeated in Sofia by Ricardas Berankis.

“I was calmer than yesterday. Unfortunately only one break was decisive for the first set. He broke me early in the second. He started to play better, I was under pressure. I am happy that I was able to make a break too, but it was not enough. Playing in such an Arena and before home crowd. I am really thankful to BFT and Garanti Koza for this opportunity”, commented Kuzmanov.On Thursday he and his partner Aleksander Lazov will play their second doubles match.