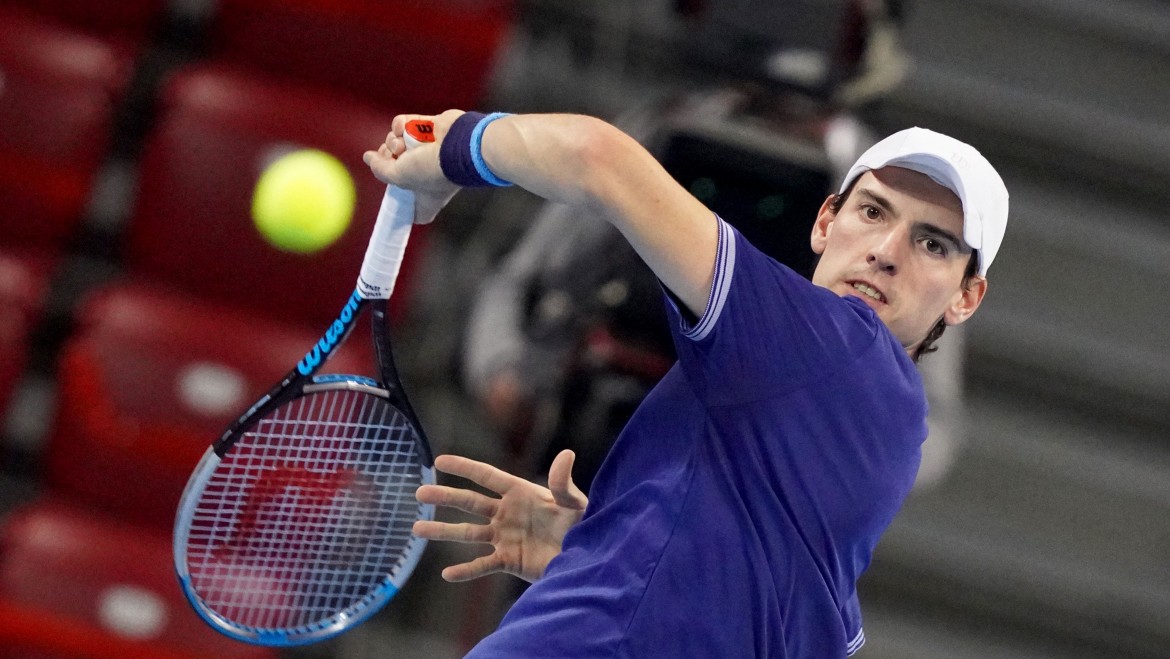 Mark-Andrea Huesler kept his luck after storming to the next round at ATP 250 Sofia Open. The Swiss got a chance to play as a lucky loser in the main draw after Stefano Travaglia withdrew because of an injury. And he showed he deserved it winning in less than two hours against the seventh-seeded Nikoloz Basilashvili 6:1, 4:6, 7:6 (6).

It was third participation in Sofia for the Georgian, and he kept his negative record since August with no win in 9 matches. Basilashvili missed two match balls in the tiebreak of the third set.

Huesler showed excellent serve, hitting 22 aces. He is waiting for his next opponent – the winner between the 2019 Sofia Open finalist Marton Fucsovics and Jannik Sinner.