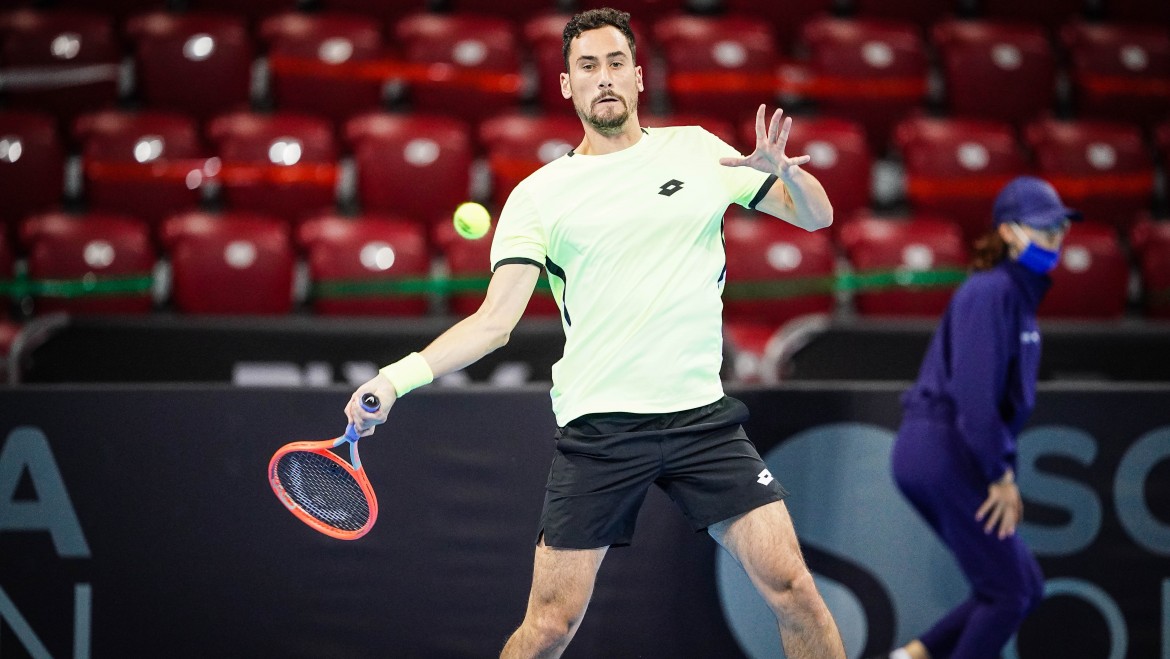 Gianluca Mager of Italy and Miomir Kecmanovic of Serbia reached the last 16 at Sofia Open 2021.

Mager disappointed the sixth seed – Adrian Mannarino, in their first head2 head 6:3, 6:2 in a bit more than an hour. The 26-years-old Italian is having one of the best seasons in his career and has reached tour last 8 three times so far and is looking for another good tournament in the Bulgarian capital.

Thus, Mannarino couldn’t repeat his run in Sofia from 2020. Last year the French player capitulated in the semifinal 6:3, 7:5 to Jannik Sinner. It was Mannarino’s sixth Sofia Open participance.

For the 20-year-old Andreev, it was the fourth consecutive defeat in the main draw at the start of the Sofia Open and the fifth overall, after losing once in the qualifiers.

Although significantly more experienced, Kecmanovic did not have an advantage in the first ten games of the match, which passed without a breakthrough. Such a Serb managed to make a 6:5 lead in the first set, but Andreev came back and won the next game 40:0. Thus, the opening set was decided in a tiebreak, in which the two missed one setball. In the end, the experience of the Serb was enough for a win 9:7.

Kecmanovic led with two breaks in the second, Andreev turned once, but a physical problem for Andreev was enough for his opponent to make another break and win the match.

It will be second H2H as Kecmanovic leads Mager 1-0 after winning him in US OPEN 2020 first round in five sets.