Mannarino: It is a good sign that I keep going here every year

HomeNewsSofia Open 2020Mannarino: It is a good sign that I keep going... 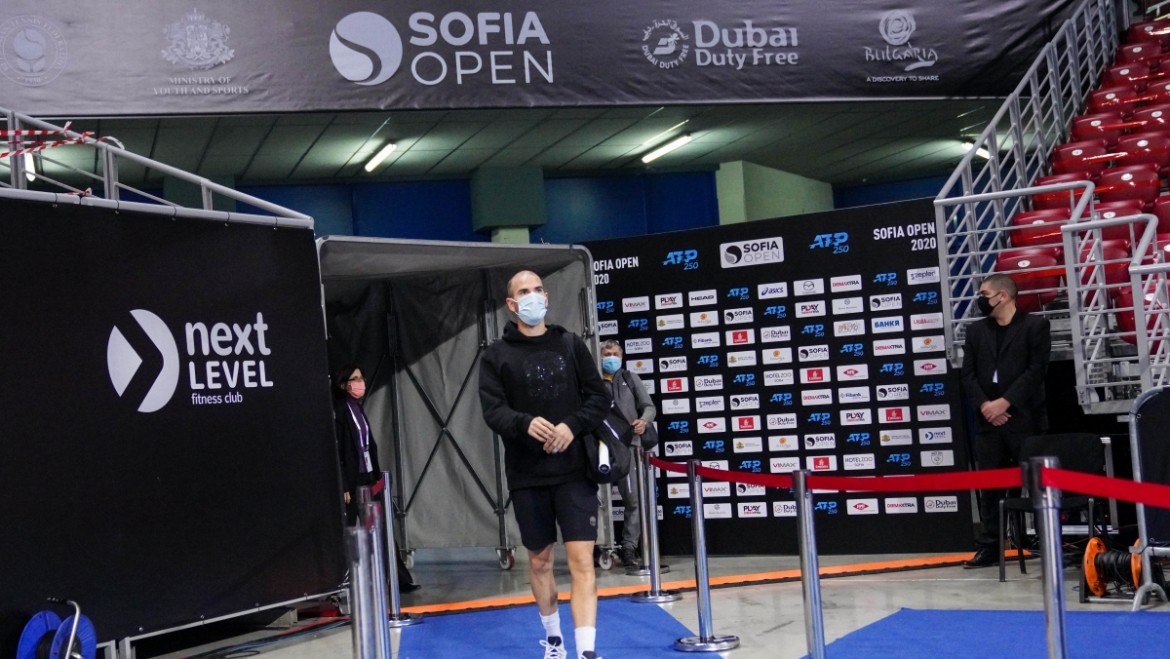 Adrian Mannarino played second three set match in the tournament to become the first semifinalist at 2020 Sofia Open. The Nur-Sultan runner-up hit seven aces to zero of his opponent to defeat Radu Albot 6:2,1:6, 6:3 two hours and a minute. The French lefty, seeded №5, had stayed almost six hours on the court of Arena Armeec so far.

Mannarino is one of the only four players that never missed a Sofia Open edition.

Here is what he said after his third match in Sofia this year:

„I am feeling ok. It has been a long year, even we didn’t have so many tournaments to play, and we all have been practicing a lot to stay in shape. It is mid-November now and all the players are feeling exhausted. I am still motivated for even maybe more. I am happy with the result. So I will just try to keep going on this way.”

For his win today:

I started well. And then, in the beginning of the second set I had a break point. In the first game that I lost my serve with one or two opportunities to win it. I think at this point I made an ace, but the lineman said it was out. Unfortunately we didn’t have the “hawk eye” here. And then he broke me and I had a break point to come back, but I didn’t make it. It was 3-0 for him, but it could be 3-0 for me. I lost 6:1, but I was close. I was not like such a big difference from the first set. And same thing in the third set. We both had some occasions. I am happy that I was able to close the match. That was a really open match. I have been practicing with him many times I knew that he is a really good guy. It is just like little details. Maybe I was a little bit more lucky today.”

“I think my game improved a lot since last year. I started with no so many good results but I have always losing to really good players. I had a lot of occasions to win some good matches like against Monfils, Dimitrov, Careno-Busta. I was losing really close. But my tennis was good. Unfortunately we had the lockdown and we’ve been out of tournaments for a while. Then we started to play again. I was playing decent level of tennis, I played well at the US. And I got injured when I came back to play on clay. So five-six weeks I could not play tennis. And I am still struggling with this injury. I think, when I am healthy and I can play 100 per cent without thinking about any injury, I think I am playing well. And lately I got some good results. I lost twice to Alexander [Zverev] in three sets. I am just playing ok. It is just a matter of time, hopefully, off-season will help me to get healthy and improve my game a little bit more. I am really looking for the next season.

For being one of the only four players that never missed an edition of Sofia Open:

“The first time when I came to play here, I fell on the quarter-final. I felt that the conditions were good for me. The organization of the tournament was good too, so every time I saw a good occasion for me I would be happy to be here. I never knew that I have never missed an edition here, but I like spending my time here in Sofia. This year is a little bit special. We don’t have the chance to enjoy the city of Sofia, but still I am happy with the organization. It is a good hotel, good food, and good quality of the facilities here. There is nothing I can complaint about. It is a good sign for you, guys (the organizers), that I keep going here every year.”