Marcos Baghatis: It is a pleasure to be back and I am having fun

HomeNewsSofia Open 2018Marcos Baghatis: It is a pleasure to be back... 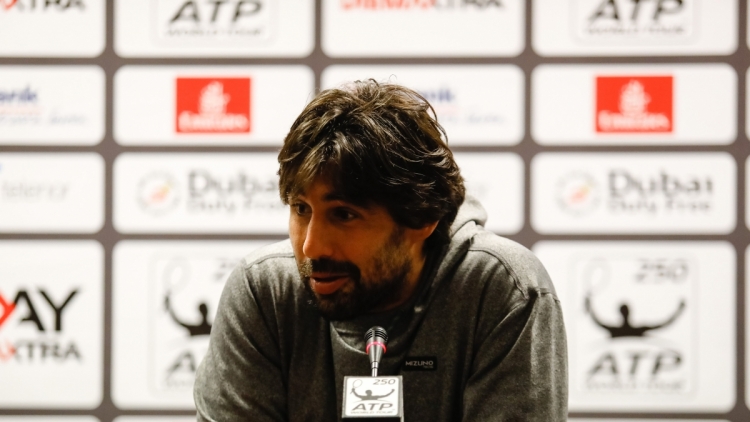 Marcos Baghdatis, a former Australian Open finalist, knocked No2 seed Adrian Mannarino out at DIEMA XTRA Sofia Open in a second-round encounter. The Cypriot, 32, now ranked 123 in the world, beat his French opponent 6:7 (4), 6:3, 6:1 in an hour and 55 minutes. In the press conference after the match Baghdatis greeted Bulgarian crowd.

You played tough match, how it was on the court?

Today for some reason I didn’t feel my strength. Didn’t play too good at the beginning. May be I tried to be too aggressive. Against a guy like Mannarino, when you give him space to hit the ball as he likes it, to play with his pace is not good. Then I changed the way I play and I played really smart in the second and third set – more patiently, changing the rhythm. That was what I need to do. I knew that was what I had to do before the match. It was very exciting to me. I am very happy with this win.

Last year you couldn’t play in Sofia because an injury. What do you think about the tournament and the atmosphere in the Arena?

Very nice. The crowd has been amazing. But not only is the crowd, the whole tournament itself is amazing. I just feel great being back. Everybody is very friendly, very welcoming. Honestly, it is a pleasure to be back and I am having fun.

You play Jozef Kovalik tomorrow, what do you expect? Do you know him?

What are your chances in the tournament?

I prefer to think only for the next match. Let’s see how it will go tomorrow and then we will talk. I am playing well, I am feeling good. I played in Australia. I am happy with the motivation I have, the way I am playing. Everything can happen, but I like to see every match as a different challenge. Every match is going to be difficult and I want to watch match for match.

You played Australian Open final in 2006 against Federer. Roger won the trophy this year. What do you think about this?

I think he is from another planet. He is pretty special. He is something different. What he achieved is beyond words. I just believe, he was born for this. He did everything unbelievingly good in his career. The way he prepares for every tournament. He has done everything extraordinary.