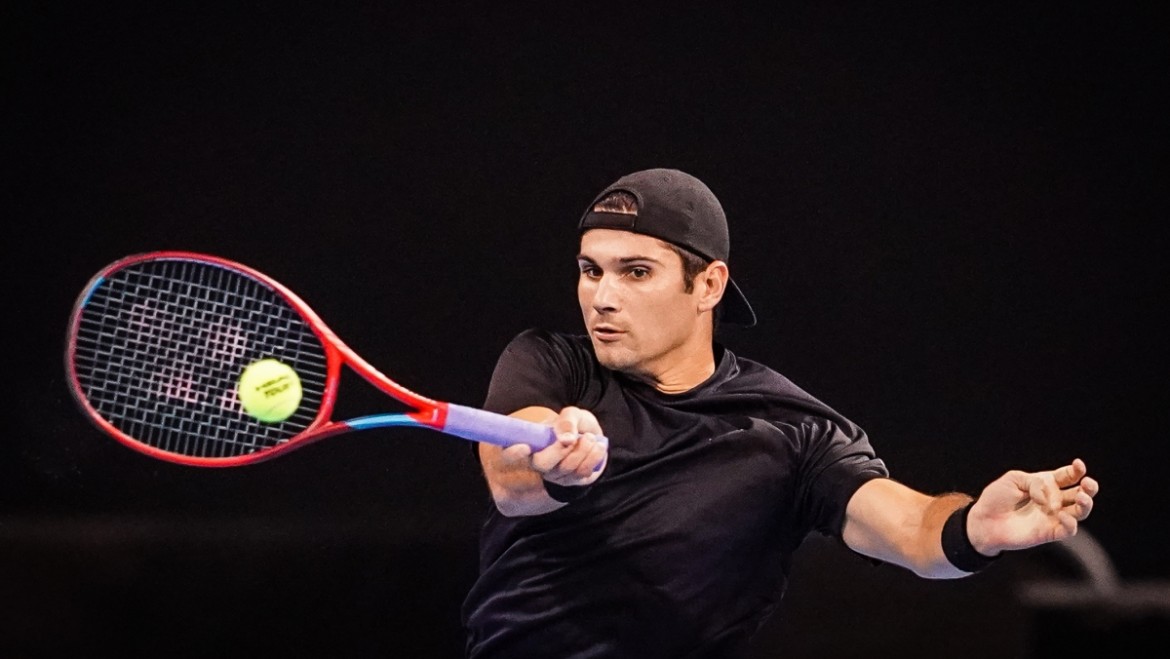 American Marcos Giron earned his second win in as many weeks against third seed Alex de Minaur at the Sofia Open, downing the Australian 7:6(5), 7:6(2) to reach the quarter-finals.

It is second win for Giron over the Australian in two weeks and third overall, as he defeated him in straight sets in Metz last week. The 28-year-old, who is making his debut in Bulgaria, hit with consistent depth and rallied from a break down at 4-5 in the second set, before advancing after two hours.

“Tough match to Alex,” Giron said in his on-court interview. “We’ve had a few battles before. Last week we played and it was a really close one and an epic match, so I knew it was going to be a war. Today it was pretty even but I just played better on the big points than he did. I am stoked to get through and keep going.”

It is the fourth time this season that Giron has reached the quarter-finals at a tour-level event, having enjoyed runs to the last eight in Halle, Winston-Salem and Metz.

“Resilience is the key word,” Giron added. “Second set was tough. I had break opportunities at 40/0 and I think I had five or six opportunities in the first game, and he did a good job sticking round. I am happy to be resilient.”

De Minaur, who has won ATP Tour titles on hard in Antalya and on grass in Eastbourne this year, was making his second appearance in Sofia, having reached the quarter-finals last season.

Giron will next face eighth seed John Millman after the Australian battled back to defeat Ukrainian qualifier Illya Marchenko 5:7, 7:6(0), 6:3.

Millman, who has reached quarter-finals in Munich, Washington and Nur-Sultan this year, won 77 per cent (43/56) of his first-serve points and broke four times to advance in two hours and 33 minutes.

Gael Monfils qualified to Top 8 without playing. The second seed was supposed to play today against Ilya Ivashka, but Belorussian withdrew due to injury. Monfis’ opponent in the quarterfinals will be the Italian Gianluca Mager, who has not lost a set so far.