Marius Copil knocked Stan Wawrinka out in first round 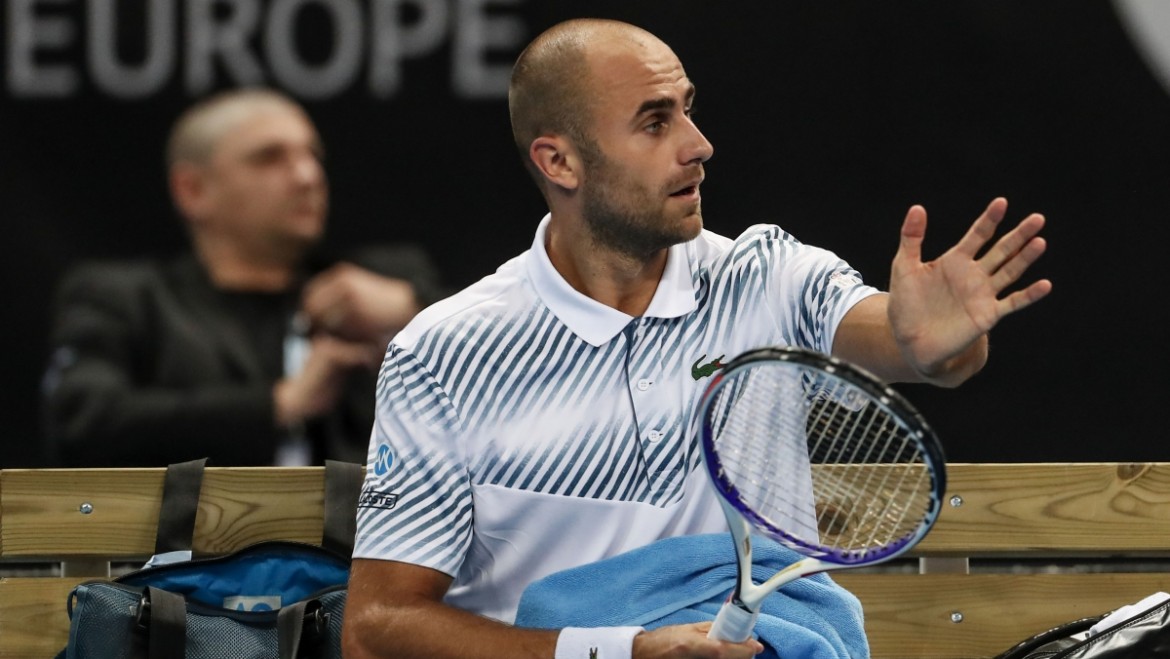 Former world No. 3 Stan Wawrinka continued to struggle with form and fitness as he was dumped out in the Sofia Open 2019 first round by Marius Copil on Monday. Wawrinka was playing for the first time since losing to Milos Raonic in the second round of the Australian Open. He had his chances as he took the first set, but he eventually fell 3:6, 7:6 (5), and 6:4 to the Romanian. Wawrinka reached the semi-finals in Sofia last year, in his second tournament back on tour after undergoing multiple knee surgeries.

28-year-old Copil scored a big breakthrough in Sofia last year, where he advanced to his first career final (which he lost to Mirza Basic). Now the Romanian made another big step and showed that he loves the atmosphere in “Arena Armeec” and feels great here.

This was first win for Copil against Wawrinka in three matches. The Swiss won the previous two, in Madrid 2013 and the Australian Open 2015, in straight sets.

Copil’s next opponent will be the winner in the match between the new local hero – Alexander Lazarov, who is coming after two wins in the qualification, and the Spaniard Fernando Verdasco.

“I did not start the match well. I had some problems with my serve. But I somehow won the tie-break and was lucky to [earn] a break in the third set and [find] a big serve on match point… Last year, I served very well here in Sofia and I hope [I can] keep on doing it.”, Copil said.

Wawrinka looked secure on serve throughout the first set, winning four of his five service games to love to place pressure on his opponent. The 33-year-old Swiss secured the only break of serve in the sixth game, breaking to love with a driven cross-court backhand before clinching the set after just 23 minutes.

Both Copil and Wawrinka failed to convert multiple break-point chances early in the second set, with a tie-break required to decide the outcome of the set. At 5/5, Copil capitalized on a mistimed backhand from his opponent to earn set point, before forcing Wawrinka into a forehand error to level the match.

Copil soon earned his first service break of the match at 1-1 in the third set, capitalizing on another loose backhand error from Wawrinka to take the lead for the first time. The Romanian held his nerve throughout the third set, converting his third match point with a powerful serve out wide to claim victory.