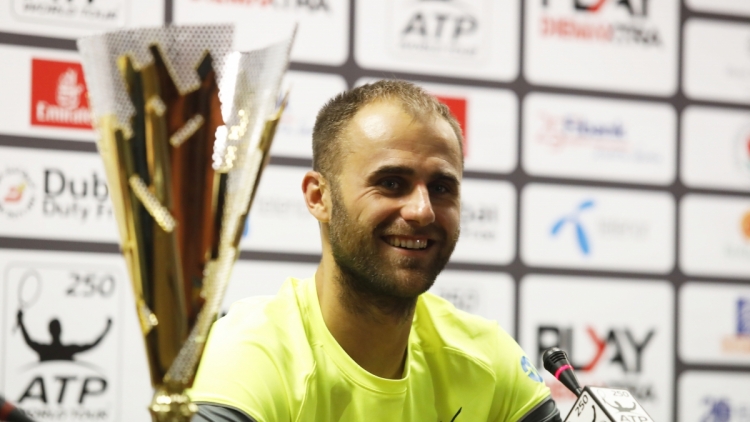 – You had a great week here in Sofia…
– Yeah, it was a great week. I have so many new friends here, who were helping me out during all the matches. I felt really, really good. Seeing so many people coming to see us playing today was great. We are not that good ranked players. Nobody did expect a final like this. We both had a great week. I hope we can continue and we can grow in the ranking higher and higher. Or lower and lower.

– Have you ever believed you will make it to the final in the star?
– It was tough to believe this. But when I got on the court I try to win every match, I play on my 100%, I do my best. I couldn’t come here and looking in the draw to say “I am on the final”. I had to fight every match, I had very tough opponent. In the past I have never played so well the week after coming after Davis Cup matches. It is a great feeling to play straight weeks. It was my best week so far in the ATP World Tour. I hope it won’t be the last one.

– Have you been nervous before the match because it was your first final, and how it happened to lose your first set in the tournament in the beginning of the match?
– Yeah, I was very nervous. Already from the night before I had some thoughts. Today I felt that I was not so aggressive that I used to be in the previous matches, I was kind of pushing, and the percentage of my first serve was not very high. I could feel it – he was putting the pressure upon me within the second serve. This made the difference. I didn’t put pressure on the return on him. He was winning his games more easy.

– Which emotion is greater now – the disappointment because of the excitement with this week?
– I am very happy with the result here. This was my first final. I could not ask for more. Only for winning the trophy. But this already is enough. Being here in the last match is very big for me. This motivates me and I believe I can reach more days like this.