Marton Fucsovics: It is fun to play the final

HomeNewsSofia Open 2019Marton Fucsovics: It is fun to play the final 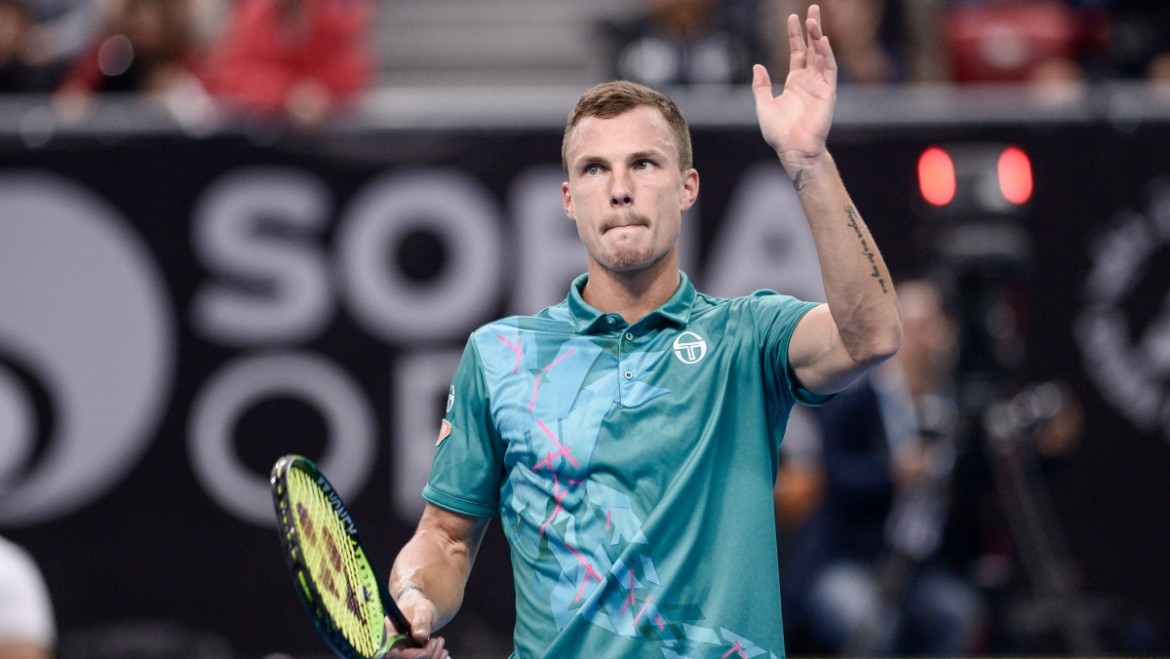 It was a great week. I was practicing well this week. I was really prepared for this tournament. We came earlier here. Practiced on Saturday and Sunday do adapt better with the court and the balls. I am playing really good this week. I hope I will play this way on the final tomorrow.

You played all your matches on the second court so far. Today you played for the first time on the Centre Court. Is there any difference?

Actually yes. The surface is different, the ball is flying differently. In the Centre court, everything is bigger. I had to get used to it a little bit.

You are well known here, in Bulgaria, because of the matches for “Davis Cup” a few years ago. What difference do you feel this time?

I remember, it was 5 or 6 years ago. We beat Bulgaria, so I am sorry for that. That time I was No 180 or No 200 in the ranking. I was playing in Challenger tournaments. In the last two years, my tennis improved a lot and I broke into the top 100, top 50. So it is very different Marton Fucsovics now. The crowd today I think supported Matteo a little bit more. But I think this was because he played all his matches on the Centre Court. They get to see him more. But it was fun to play here. I hope I will have more support tomorrow.

All the players here are very well prepared. But it seems you are better prepared. Is this the reason you are doing so well last couple of years and to jump in the rankings?

I changed my coach almost three years ago for Attila Savolt. He was the last former top 100 Hungarian tennis player. He changed my mind, even off the court and also on the matches, on the practice. We started to practice three times more than I have ever used to do it before. And I got really stronger.

Do you have any preference for the final tomorrow? Gael Monfils or Daniil Medvedev?