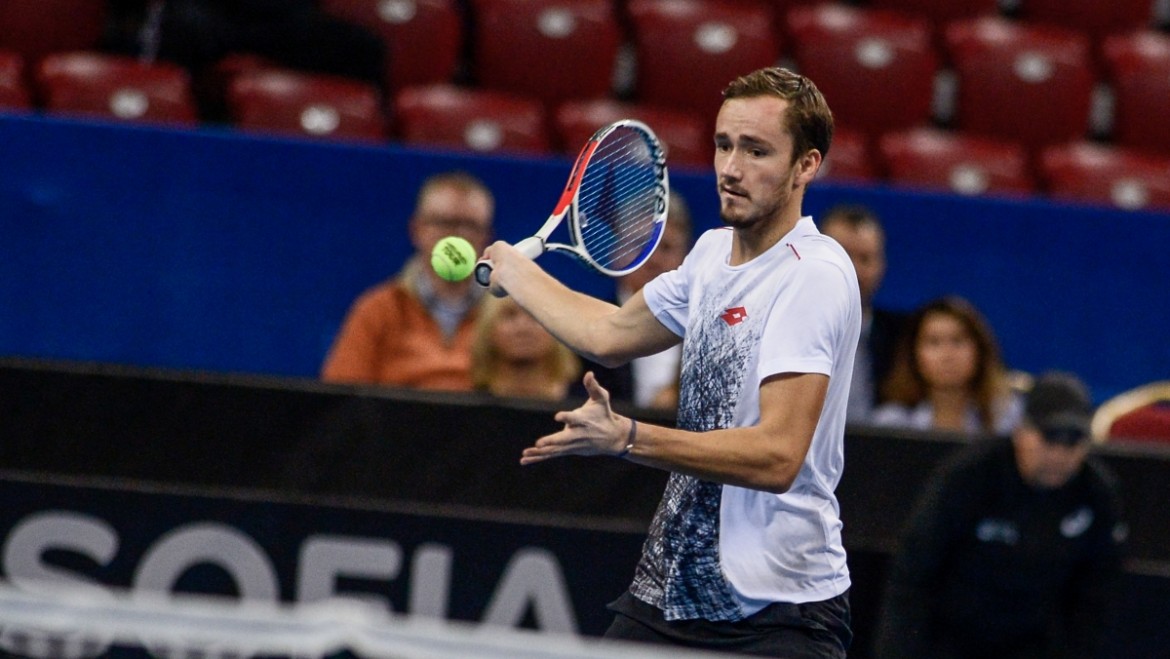 Daniil Medvedev played as a favorite for the title in his second match at Sofia Open 2019. The young Russian needed just an hour and 9 minutes to defeat Martin Klizan 6:1, 6:1.

Medvedev started to be aggressive on the court at the very beginning and didn’t missed his chances. He hit 9 aces and finished the match without double faults with an impressive percentage – 85% points won on first serve and 83% on – second.

“I felt better with the conditions today. But it doesn’t matter. I just played very well today. Now, I am definitely one of the four favorites here. Everybody is favorite in a tournament like this. I need to show good tennis to win”, Medvedev said.

Next, he will play Stefanos Tsitsipas or Gael Monfils.

“It is tough to say who I prefer. I won Tsitsipas three times, I never played with Gael. But they are both great players. Tsitsipas is on the rise and definitely is playing better and better. It is not going to be an easy match tomorrow”, the Russian said for the upcoming semifinal.