Melzer/Roger-Vasselin need one more win to qualify for London 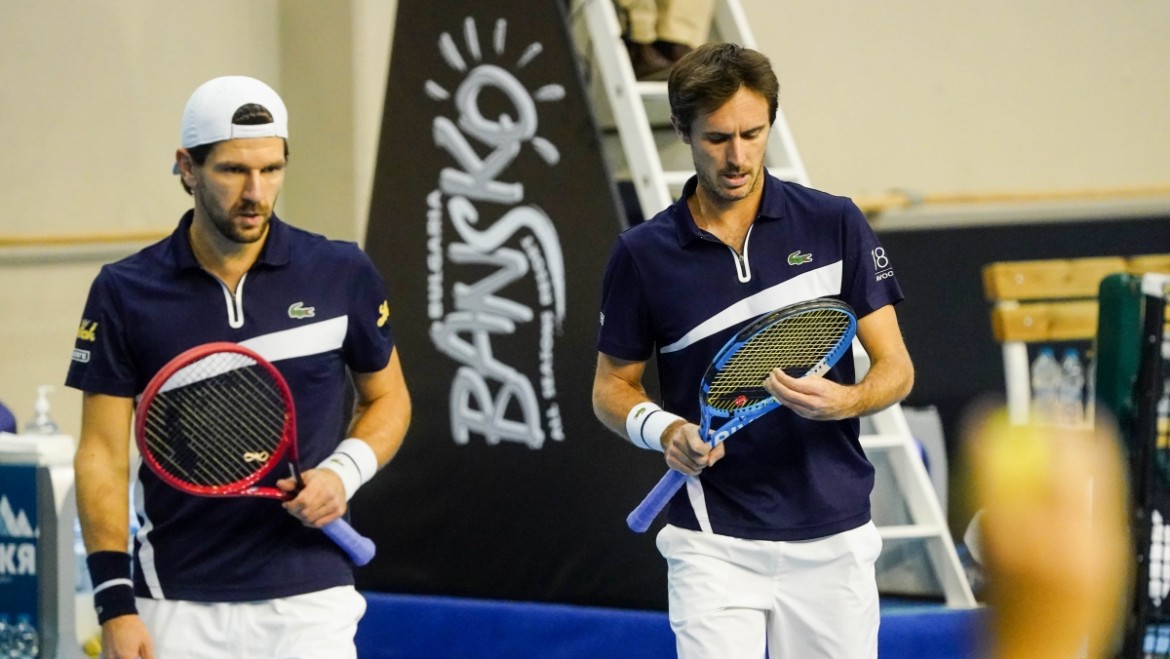 Jurgen Melzer and Edouard Roger-Vasselin defeated Jonny O’Mara and Ken Skupski 6:4, 6:2 on Wednesday at the Sofia Open to move within one win of qualifying for the Nitto ATP Finals.

The top seeds knew at the beginning of the week they could guarantee their spot at the season finale by reaching the final, and now they are into the Sofia semi-finals without losing a set.

The other team competing for the final doubles spot at The O2 is Jamie Murray and Neal Skupski, the second seeds. For the Brits to qualify for London, they must win the title and Melzer/Roger Vasselin must lose in the semi-finals.

Murray and Skupski defeated Radu Albot and Artem Sitak 6-4, 6-2 in their quarter-final.

Melzer and Roger-Vasselin will next play Tomislav Brkic and Marin Cilic, who eliminated Nikola Cacic and Aisam-Ul-Haq Qureshi 7-6(4), 7-6(3).