No more Bulgarians in the qualifiers

HomeNewsSofia Open 2018No more Bulgarians in the qualifiers 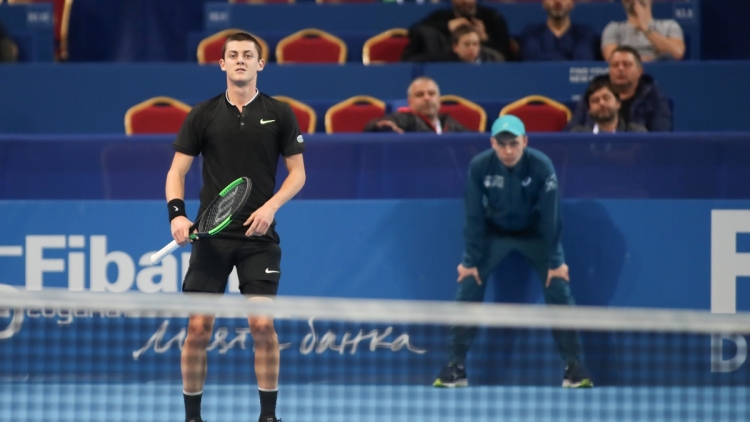 With Alexandar Lazarov’s defeat today the Bulgarian participation in the qualifying round at DIEMA XTRA Sofia Open ended. In 108 minutes the 20-years old Lazarov lost to Oscar Otte 7:6 (3), 5:7, 1:6.

Three other Bulgarians will start their participation tomorrow after being awarded with “wild cards” – Dimitar Kuzmanov, Alexander Donski and Adrian Andreev.

As did Lazov earlier today, Lazarov won the first set after a tiebreak. Then he allowed his opponent to come back and lost. The young Bulgarian made a few unforced errors that were crucial for the result.

“I am frustrated, of course, like ever. After coming back from 2:5 to 5:5, I got too much excited. I thought he will make an error every time he hit the ball. But I am really thankful for the chance I had to play again on such big tournament. I showed that I am not so far than players like this. I was nervous two years ago, when I made my debut here. Today I was nervous because I knew, I could win the game,” Lazarov said after the match.

Next round Ote will play for a place in the main draw against the winer between Stefano Napolitano and Josef Kovalik.