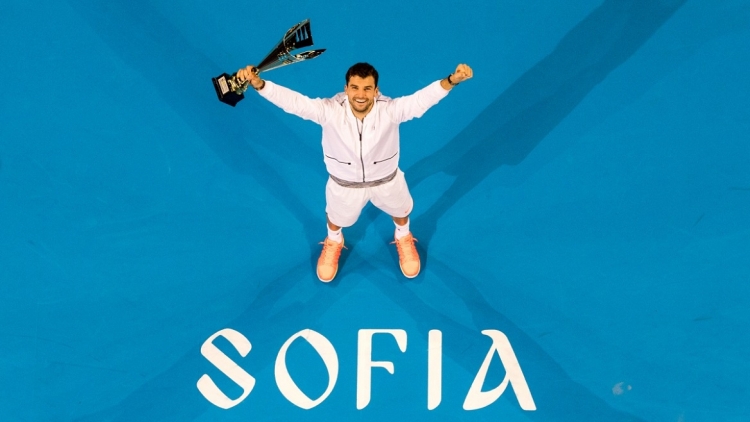 9 January, 2018, Sofia. The ATP World Tour 250 series tennis tournament, impatiently awaited by all Bulgarians, has a new name – DIEMA XTRA Sofia Open. The event will take place on February 4-11th in the Arena Armeetz hall, while 2017 champion Grigor Dimitrov will be back to play for the Bulgarian audience with the ambition to defend his 2017 title. The draw and all tournament matches will be broadcasted live on DIEMA SPORT, while Grigor Dimitrov’s games will be accompanied by special studio programmes.

“With the acquisition of the rights for this tournament, we are allowing viewers to become part of one of the most important sports events in early 2018. Bulgarian sports fans already know that on the DIEMA XTRA channels they can find high quality sports content – not only in terms of football, but also in sports such as volleyball, basketball, Formula 1 and, of course, tennis. With the tournament, we are supplementing the variety of our programming, while reinforcing our intention to offer exclusive content to our loyal viewers, furthermore in sports, which is exceptionally popular in Bulgaria, especially in the current period. The tournament will also coincide with the launch of our new digital platform PLAY which will make all of our great sports content available across desktop, smartphones and tablets for instant access in high definition to all that DIEMA XTRA has to offer”, commended Didier Stoessel, Nova Broadcasting Group CEO.

“We are delighted that Diema Extra, part of Nova Broadcasting Group, has stepped into the general sponsorship role. It is a real vote of confidence in the tournament’s future” said Paul McNamee, DIEMA XTRA Sofia Open tournament director.

The two winners in the 2017 ATP final tournaments will play in DIEMA XTRA Sofia Open between February 4 and February 11. Bulgaria’s big star Grigor Dimitrov, who triumphed in the clash between the Top 8 tennis players in London at the Nitto ATP Finals, will be joined by Korea’s Hyeon Chung, winner in the first edition of the Next Gen ATP Finals.  He won the final tournament in Milan, which saw a competition between the world’s best tennis players aged under 21, and now he is coming to Bulgaria.

Apart from the undisputed favourite to win the trophy, the world’s No. 3 and Bulgaria’s No. 1 athlete in 2017 Grigor Dimitrov, the tournament will also host three more tennis players who are in the Top 30 rank list. 25-seeded Gilles Muller (Luxembourg), who won two titles in 2017, will also fight for the trophy. 28-seeded Adrian Mannarino (France), who reached the final of the ATP World Tour 500 series tournament in Tokyo and was a serious challenge for Roger Federer at the quarter final in Basel, is also arriving in Bulgaria. Sofia will also welcome former No. 16 Philipp Kohlschreiber (Germany) – the 29-seeded German has won a total of eight titles in his career.

The interest of Bulgarians in the event is huge. You can buy tickets online at eventim.bg and in the countrywide network – at the Arena Armeetz ticket desk, at the NDK ticket centre and at the ticket desk in The Mall Sofia, as well as in the OMV petrol filling stations, Orange, Technopolis, Usit Colours and Bulgarian Posts.