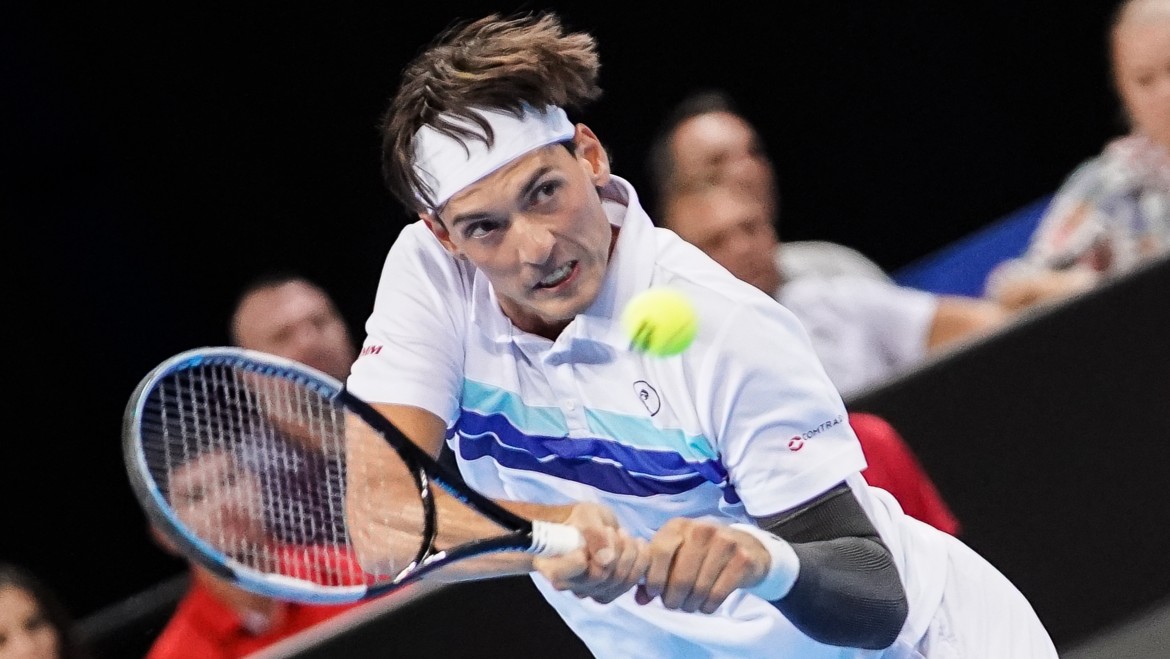 Marc-Andrea Huesler wrote a history page to himself at the Sofia Open on Sunday. The Top-Swiss player overcame #NextGenATP Dane Holger Rune 6:4, 7:6(8) to capture his maiden tour-level title.

Competing in his first tour-level final, the Swiss lefty outmanoeuvred Rune with his touch and variety from all angles to seal the biggest win of his career after one hour and 42 minutes. The 26-year-old closed the net effectively throughout and saved two set points in the second-set tie-break to secure victory. Huesler is up to No. 64 in the Pepperstone ATP Live Rankings following his standout run.

“I played a great, great match for sure,” Huesler said in his on-court interview. “I am completely taken aback. I am lost for words. it was a great match. I just tried to stay focused, stayed calm and I am just really happy I was able to make it.”
In a dream week at the ATP 250 event in Sofia, Huesler battled past Geoffrey Blancaneaux, Kamil Majchrzak and #NextGenATP Italian Lorenzo Musetti. The best performance for him was he earned the first Top 20 win of his season against Pablo Carreno Busta.

Huesler is the first Swiss player to win an ATP Tour title since Roger Federer won at Basel in 2019. He is also the eighth champion to have saved match points en route to triumphing at a tour-level event this season, having saved two match points against Majchrzak in the quarter-finals.

The 19-year-old Rune was aiming to win his second tour-level title of the season, after triumphing in Munich. Earlier this week, the Dane qualified for the Intesa Sanpaolo Next Gen ATP Finals for the second consecutive year.

Huesler is the third player that wins in Sofia his first career ATP title after Mirza Basic in 2018 and Jannik Sinner in 2020.