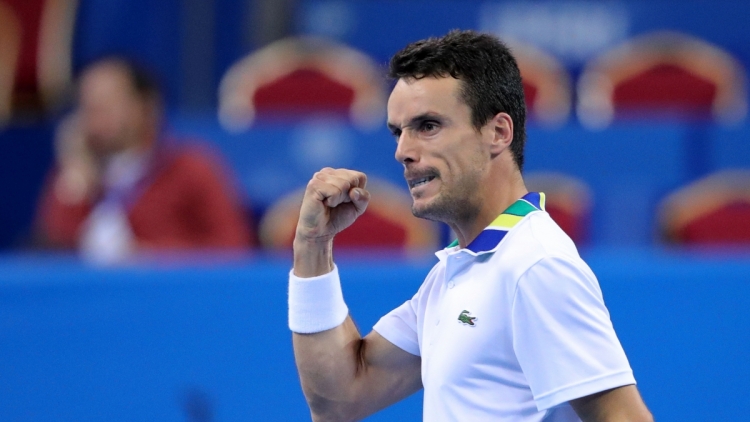 He hit 10 aces in the match

The defending champion Roberto Bautista Agut is first to reach the semi-finals at Garanti Koza Sofia Open. The Spaniard defeated 7:5, 7:6 (5) Gilles Muller in 102 minutes in the first match today.

A break in the 12-th set was the key for Bautista Agut’s success in the first set. In the second the both players showed great serve. The Spaniard was more stable and won the tie break 7:5.

“I played very good today. Gilles plays good tennis. It was a good match. He served really well. I couldn’t use my chances in the second set, so it was really close. A good win for me. I feel good in these conditions. Last year we played another close match. He is really tough opponent in these conditions. It was great battle last year and also – this year.”

Bautista Agut played five matches in Sofia and never lost a set so far. He hit 10 aces in the match.

His next opponent will be the winner in the all-Belgian clash between David Goffin and Steve Darcis.