HomeNewsSofia Open 2022Rune stopped Sinner’s run in Sofia and will... 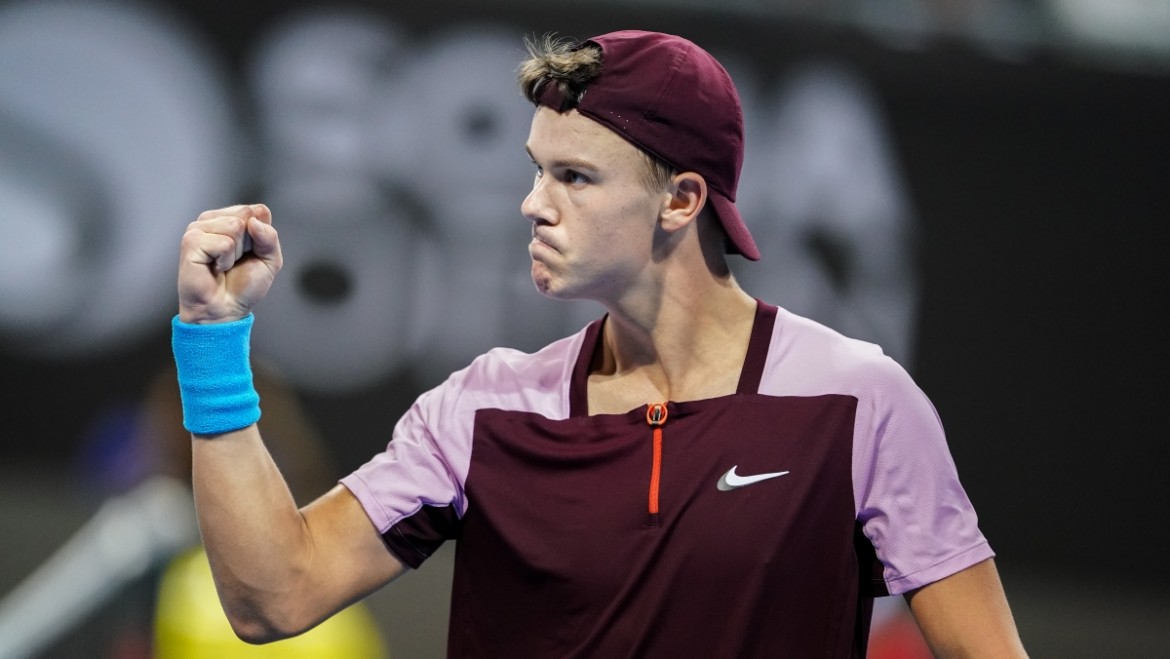 The fifth seed Holger Rune sealed a spot in Sofia Open 2022 final. The 19-year-old Dane stopped the 13 matches winning streak of Jannik Sinner, defeating the two-time Sofia champion 5:7, 4:6, 2:5 Ret. Sinner, ranked No 10, pulled out after suffering an ankle injury in the third set.

Thus the ATP 250 event will have its new champion after the final on Sunday.

The Italian fight a lot but got injured at 2-3 in the third set and after trying to stay on the court, he obviously felt hurt and had to retire.

Sinner did not drop a set en route to the title last year, and it was the first set against Rune his first lost in this year tournament.

“It’s obviously never the way you want to win and it was such a great match,” said Rune in his on-court interview. “It’s the worst possible way it could end and I just want to wish Jannik all the best. He’s an amazing player and what he has shown this year has been unbelievable. I wish him a speedy recovery.”

Before the stoppage, Rune had fought hard to turn the match around, rallying after dropping the opening set to take charge of his maiden tour-level clash against the Italian.

“I think it was a great match up until the end, and I think I was obviously feeling a little bit tired after yesterday, but I really pushed hard and ran for everything,” said Rune. “So I’m happy with the way I fought and happy with my level.”

Rune began his season outside the Top 100, but has climbed as high as World No. 26, making him the highest-ranked Danish player in Pepperstone ATP Rankings history (since 1973). Rune lifted his first ATP Tour trophy in Munich, where he ousted then-World No. 3 Alexander Zverev in the second round.

The teen also made the quarter-finals at Roland Garros, where he upset then-World No. 4 Stefanos Tsitsipas in the fourth round to become the first Danish man to reach a Grand Slam quarter-final in the Open Era (since 1968).

In the tomorrow final the Dane will face Marc-Andrea Huesler. The Swiss made a stunning comeback in a crucial tie-break for the second consecutive day on Saturday at the Sofia Open. The unseeded Zurich-born upset fourth seed Lorenzo Musetti 7:6(5), 7:5 to reach his maiden ATP Tour final at the ATP 250 indoor hard-court event.