Sofia Open 2019 with a new key vision, part of the global ATP campaign 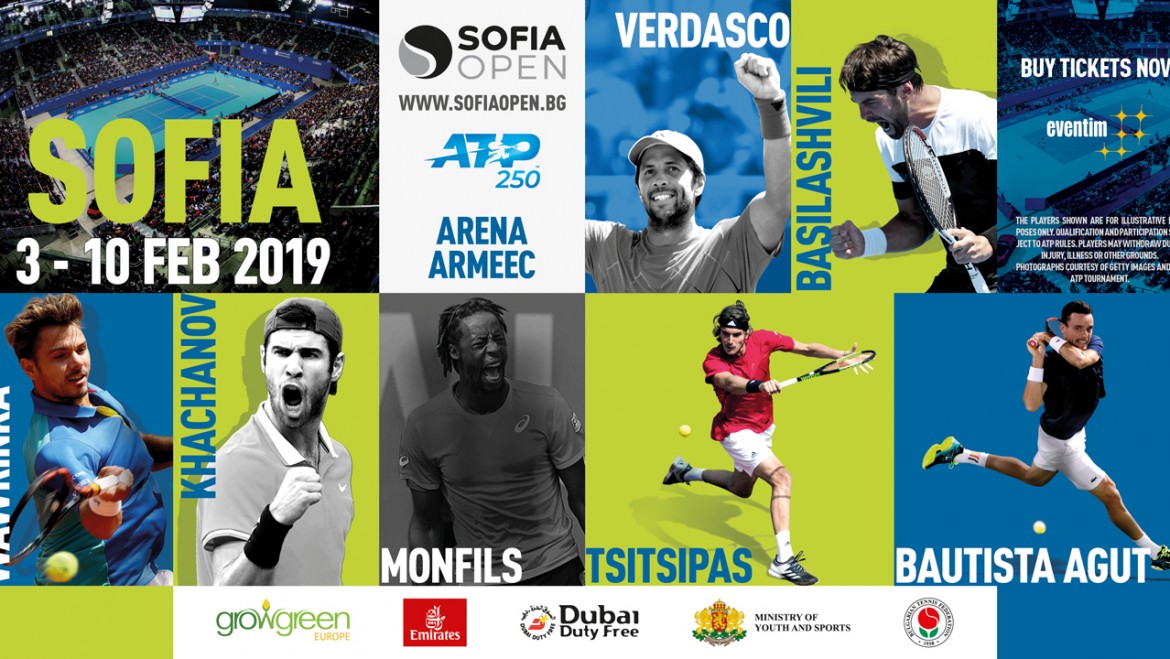 The ATP 250 tournament Sofia Open has a new key vision in line with ATP’s ambitious global campaign, built around the “Love it all” message – a reference to the unparalleled excitement and exceptional drama provided by each of the 63 tournaments in the calendar. The re-branding includes the new ATP logo and a puzzle of visually-distinctive visual elements that emit energy and movement embodying world-class tennis.

The new campaign encompasses the 63 tournaments in 31 countries from the ATP Tour in 2019.

We also present you the first key visual of Sofia Open, in line with ATP’s global strategy. In it are entwined the emotions of the seven stars of the world tennis, which already confirmed their participation in the fourth edition of the tournament in the Bulgarian capital.

Six Top 30 players and the former world №3 Stan Wawrinka will take part in the 4th edition of the Sofia Open 2019. The battle for the title at Arena Armeec hall (3-10 February 2019), will be the strongest in front of the Bulgarian audience.

The tickets are on sale at eventim.bg. Take yours tickets here.