The 2018 DIEMA XTRA Sofia Open draw was made

HomeNewsSofia Open 2018The 2018 DIEMA XTRA Sofia Open draw was made 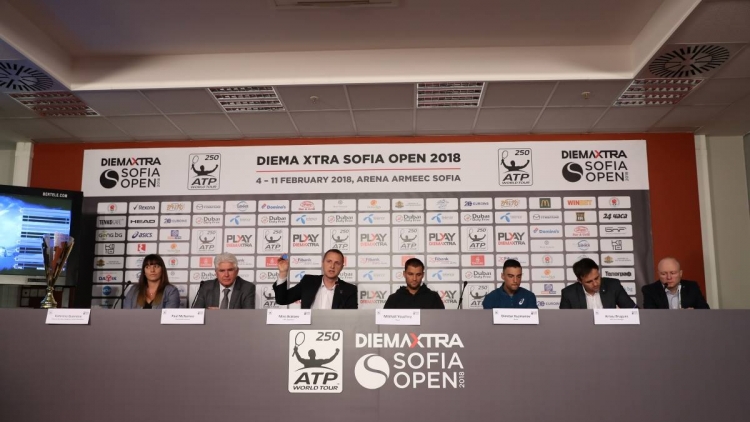 The three Bulgarian player – in the same half with Stan Wawrinka

The Draw has been made for the DIEMA XTRA Sofia Open. The ATP 250 event will take place from the 4st to the 11th of February in Arena Armeec. The draw was made in the presence of the players Mikhail Youzhny and Dimitar Kuzmanov, Paul McNamee – DIEMA XTRA Sofia Open, Miro Bratoev –ATP Supervisor, Arnau Brugues – ATP Tour Manager and Katerina Guenova – General Secretary Bulgarian Tennis Federation.

All three Bulgarian players, who were awarded with “wild cards”, are in the same half as the Top Seeded, three times Grand Slam champion Stan Wawrinka. The 2018 Indoor Bulgaria champion Alexander Donski will start his first ATP tournament against a qualifier. If he win, he will meet the Swiss in the second round.

In the bottom half of the draw Mannarino will start in Sofia versus winner between Marcos Baghdatis/Mikhail Kukushkin. Gilles Muller will play against the winner between Mikhail Youzhny and Andreas Seppi.