After the great news that Sofia Open will be held in 2020 and Bulgaria is among the few countries in the world to host an event from the ATP tour following its suspension due to the coronavirus pandemic, there are another important details for tennis fans about the fifth edition of the ATP 250 tournament in Sofia.

Further details, including fan allowance in Arena Armeec and ticket sales details, will be provided in due course and in accordance with current epidemiological situation.

With Sofia Open 2020 final taking place on Saturday, November 14th, the points from the tournament in Bulgaria can count towards qualification for the Nitto ATP Finals in London. The season-ending championships starts on November 15 and Sofia Open 2020 could become a last minute battle to qualify for the Nitto ATP Finals. The shortened season is also a prerequisite for a contested race for London, depending on the results of the players over the course of the remaining ATP calendar. 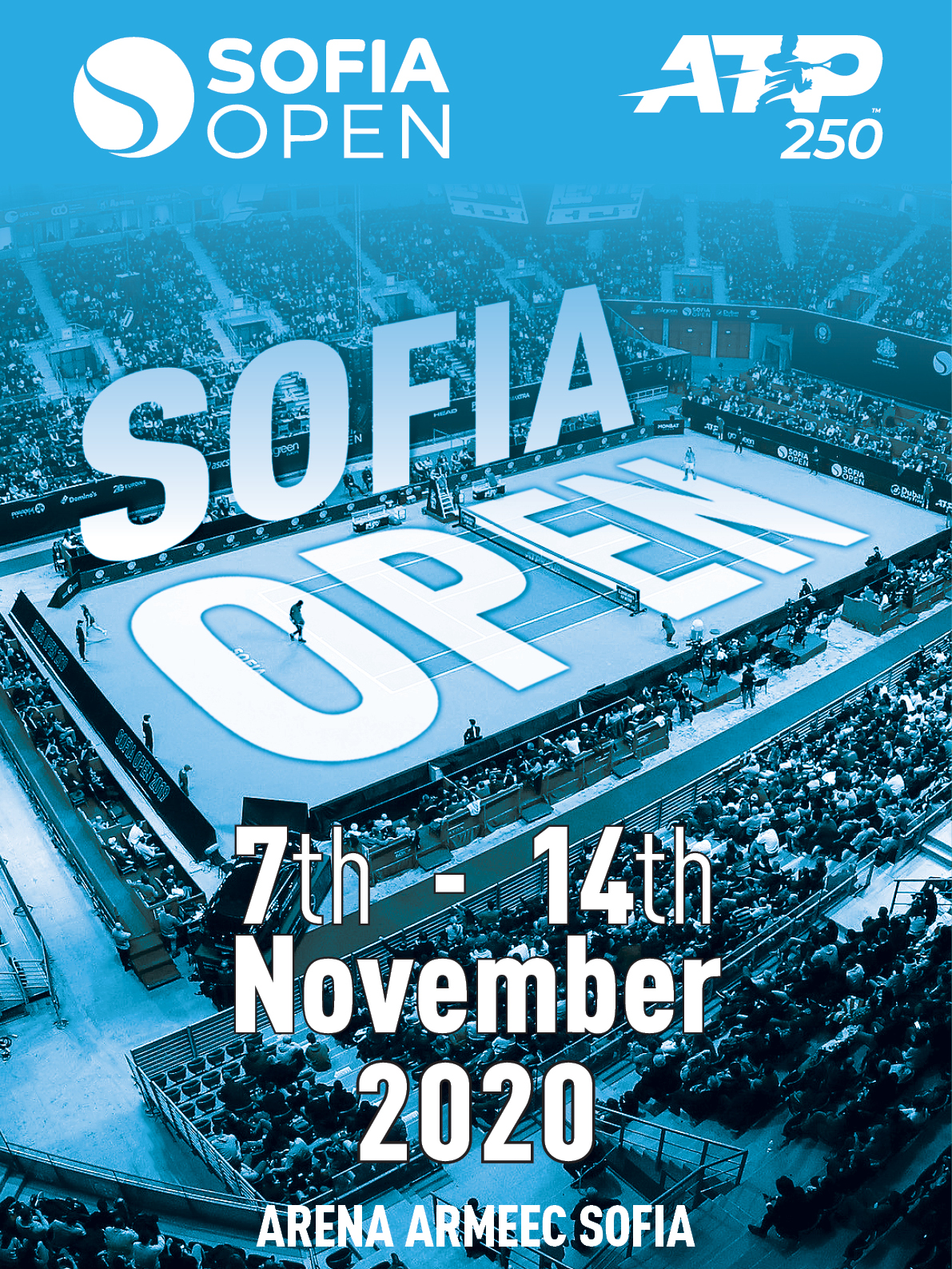 Three of the participants in Sofia Open 2019 – the champion Daniil Medvedev, Stefanos Tsitsipas and Matteo Berrettini, were part of last year’s battle of the eight best in London where Tsitsipas won the title. And in 2017, the champion of Sofia Open Grigor Dimitrov triumphed with the title from the ATP Finals beating once again as he did in Sofia Open final David Goffin.

After the suspension of the season due to the coronavirus pandemic Sofia Open management held a series of discussions with ATP Tour trying to find not just a way, but also a suitable date to stage the event in 2020. On behalf of tennis fans in Bulgaria, who have shown great interest and over the past years created an exceptional atmosphere in Arena Armeec, enjoying the participation of world’s biggest tennis stars.

According to the updated calendar and the provisional schedule for the remainder of the 2020 announced by ATP, till the end of the season are planned to be held the Grand Slam tournaments US Open and Roland-Garros, the Masters in Cincinnati, Rome and Paris, the ATP 500 tournaments in Hamburg, St. Petersburg and Vienna and the ATP 250 tournaments in Sofia, Moscow, Antwerp and Kitzbühel. The season will end with the Nitto ATP Finals in London – immediately after Sofia Open.

Thus, the fifth edition of the Sofia Open could be a last chance to “win a ticket” for the 50th anniversary edition of the ATP finals. The ATP’s season-ending finale was first held in 1970. This year will be the last in London before the ATP Finals move to Turin. The Nitto ATP Finals has been held in London every year since 2009 and has successfully established itself as one of the major annual sporting events worldwide. The event will be held in Turin, Italy, from 2021-2025.