HomeNewsSofia Open 2018The Nitto ATP Finals and the Next Gen ATP... 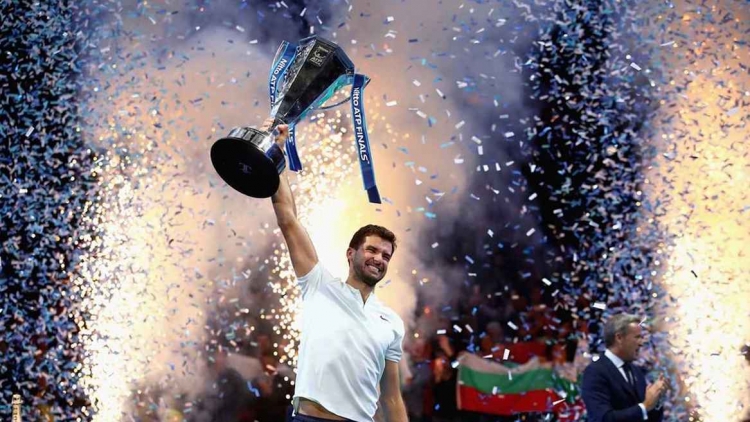 The two winners of the ATP finals for 2017 will play in the ATP 250 tournament Sofia Open 2018 (4 -11 February). The number one seed is the biggest Bulgarian star and defending champion Grigor Dimitrov, who triumphed in the battle of the best 8 players for 2017. The winner of the Nitto ATP Finals in London will meet in Sofia the winner from the first edition of The Next Gen ATP Finals – the Korean Hyeon Chung. He won the final tournament in Milan among the best under 21 tennis players. He comes to Bulgaria as well.

ATP announced the list of the elite players who entered the ATP 250 tournament in Sofia in February 2018. Beside the undisputed favorite and World №3 Grigor Dimitrov in the Bulgarian capital will play three more Top 30 players.

For the trophy at Sofia Open 2018 will also fight №25 in the world Gilles Muller(Luxembourg), who won two titles in 2017. Muller knocked out Rafael Nadal from Wimbledon and stopped his series of 10 consecutive wins without losing a single set in the tournaments of the Grand Slam.

The finalist of the ATP 500 in Tokyo Adrian Mannarino (France) also will arrive in Sofia. №28 in the world ranking created a serious problems for Roger Federer at the ¼-final in the hometown of the Swiss legend Basel. In Sofia comes the former number 16 in the world Philipp Kohlschreiber. The German (№29 in the ATP ranking) won a total of eight titles in his career.

“We are absolutely delighted with the participation of Grigor, and another three players ranked in the top 30. We also welcome back Hyeon Chung after a terrific year, culminating with his win in the ATP Next Gen Finals in Milan. I would like to thank the City and residents of Sofia for their unwavering support of the Sofia Open. It will be a feast of tennis and an integral part of the year which celebrates Sofia as the European Capital of Sport”, said the Tournament Director of Sofia Open 2018 Paul McNamee.

The Sofia Open 2018 will also feature the sensation of the ATP Masters 1000 in Paris Filip Krajinović. The Serbian reached the final in the French capital in November. Besides Grigor Dimitrov in the Bulgarian capital will play another tennis star who has reached the top 10 in the world – the former №8 Mikhail Youzhny (Russia). In the race will be the former №12 in the world and a defending doubles champion from Sofia 2017 Viktor Troicki (Serbia). Robin Haase, the semi-finalist from the ATP Masters 1000 in Canada 2017, will also play in Bulgaria, as well as the ex number 18 in the ATP ranking Andreas Seppi (Italy).

11 out of the 21 players from the list have won in total 42 ATP singles titles.

The third edition of Sofia Open will take place from 4 to 11 February 2018 in Arena Armeec. Tickets can be purchased online at eventim.bg