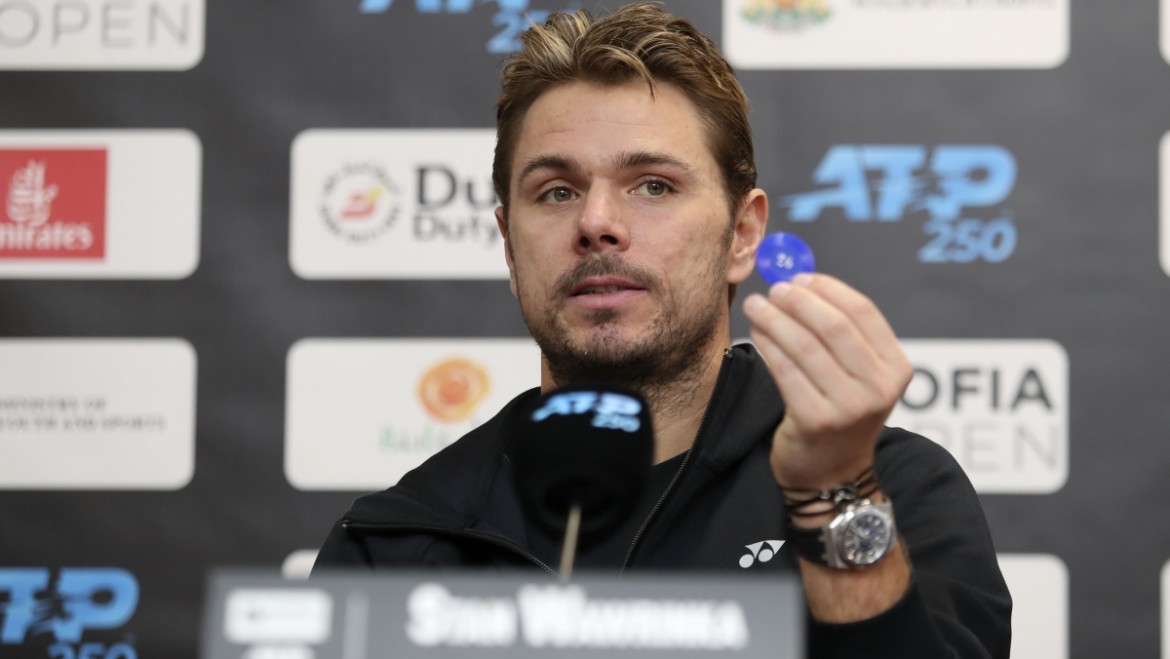 The draw for the fourth edition of Sofia Open 2019 was set today in “Arena Armeec”. The first seeded Karen Khachanov will make his debut in Bulgaria against the winner of the match between Denis Istomin – Matteo Berrettini. Also bye in the first round are Stefanos Tsitsipas, Roberto Bautista Agut, and Daniil Medvedev.

The two Bulgarian players – Adrian Andreev and Dimitar Kuzmanov will play respectively with Matthew Ebden and Robin Haase. The first round most interesting match promises to be the one between Gael Monfils and Viktor Troicki. The Serbian is runner-up in Sofia Open 2016. He received the last “wild card” for the main draw.

“It is a normal draw. We played here two years ago. I know, he is now playing with the national team for “Davis Cup”. This is good for me, he will have less time to prepare here”, Dimitar Kuzmanov said.

Stan Wawrinka took a part in the draw ceremony. He will play the last year runner up Marius Copil. “I am feeling really better now than last year. Last year I was coming back from injury. Now I am completely fit. I played well in Doha and Australia open, won few matches. I expect a really tough match against Marius. I know him well, we have played twice in the past. He played on the final here so he likes the conditions here. He is a tough player to play. He is really aggressive, serving big, so it is going to be an interesting first round match”, the Swiss said.

The qualifiers start on Sunday, 3rd of February. The first round matches start on Monday.