The youngest player in Sofia lost in 36 minutes

HomeNewsSofia Open 2017The youngest player in Sofia lost in 36 minutes 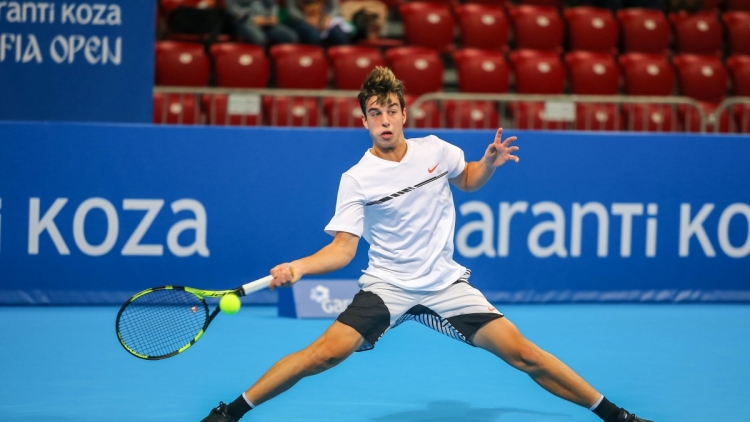 Adrian Andreev was defeated by a German leftie

The youngest player at Garanti Koza Sofia Open Adrian Andreev was defeated in the first round of the qualifying round in his debut in the tournament.

The 15-year old Bulgarian started with tough 2:6, 0:6 against Maximilian Marterer form Germany. The match lasted 36 minutes only.Andreev confessed after the game that he felt great pressure and the lost was expected.

“It was tough. It was my first time at such a big court in front so many people. I expected there will be much pressure and it will be hard for me”, said the teenager after the match.It was his second appearance in the ATP World Tour qualifiers after he made his debut in Metz last year.