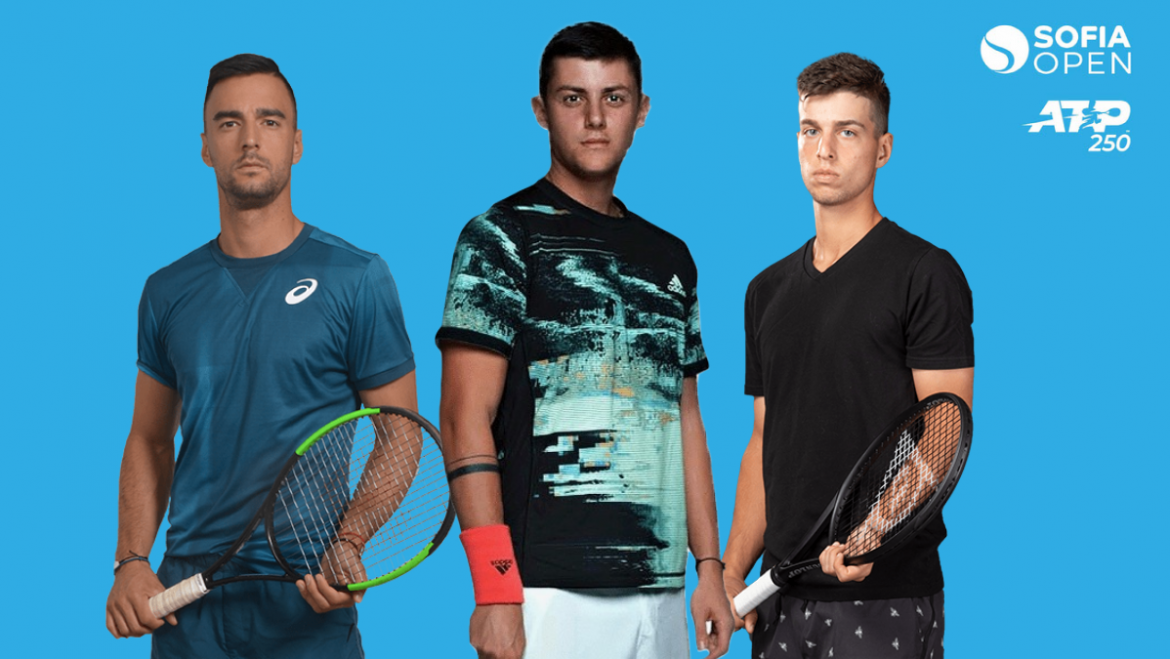 Three Bulgarian prodigies got the unique chance to play at the ATP 250 Sofia Open in 2020. Dimitar Kuzmanov, Alexandar Lazarov and Adrian Andreev received “wild cards” for the main draw for the fifth edition of the strong tournament.

ATP 250 Sofia Open will be held in Arena Armeec between 7 and 17 November.

In the third year in a row, three Bulgarian players will have the chance to play directly in the main draw and to check themselves against some of the most prominent elite tennis stars.

It will be the fifth participation in the main draw for the second best Bulgarian player – Dimitar Kuzmanov. At the beginning of 2020 he became the all-time best Davis Cup player in Bulgaria and held the record for most wins in both singles and doubles. In Sofia, he is about to win his ATP 250 first career win.

Alexandar Lazarov, 22-years old, impressed the Bulgarian crowd last year after winning in the qualifiers seeded Lukas Lacko and Luka Vanni. Next, he played against his hero Fernando Verdasco. It will be Alex’s fifth participation in Sofia and his third in the main draw.

19-years old Adrian Andreev will play for the third time in the main draw at ATP250 Sofia Open. In the history records, Andreev left his name as the first player born 2001, who played a match in ATP World Tour main draw in 2018.

On the eve of the tournament, it became clear that the Bulgarian top-player Grigor Dimitrov will not be able to play due to an injury.

The fourth Bulgarian player that will take his chance at ATP 250 Sofia Open is Gabriel Donev. He got a “wild card” for the qualifiers along with the Czech prodigy Jonas Forejtek – 2019 US Open Junior and Wimbledon Junior Doubles winner.