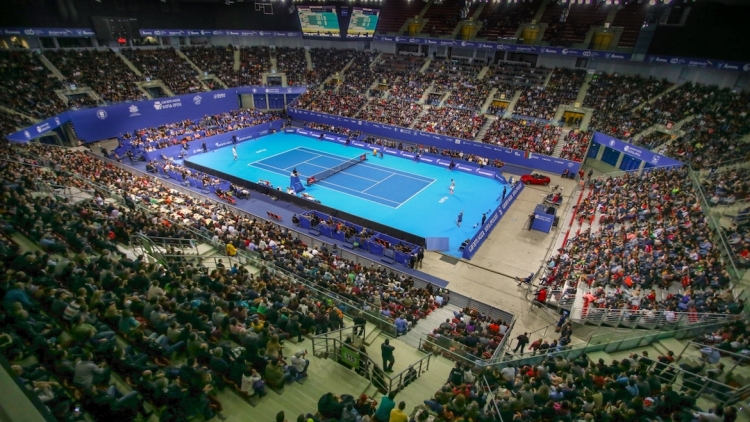 Only 30% free seats left a month before the final

Unprecedented interest among the tennis fans is delighting the organizers of DIEMA XTRA Sofia Open. The tournament will be held from 4 February to 11 February 2018 at Arena Armeec in Sofia.

A month before the final there are just 30% free seats in the Arena left. Grigor Dimitrov is coming back at home and already showed his ambitions to win again in front the exalted crowd in Bulgaria. Thank you for the support! See you soon,” the 2017 champion said.

70% of the tickets for the final day are sold out, the organizers announced today. 60% of the seats for the Saturday’s semifinals on 10th of February, are sold out too. There is a great interest in quarter-finals, but still there is a chance for the fans to buy a ticket with less than 50% free seats so far. There is a special price with 30% off for weekly tickets.

The organizers announced a 20% increase in tickets sales this year compared to the same period last year. Last year the whole tennis world was impressed with the crowded “Arena Armeec” which is a rare view for an ATP250 Tournament.

Tickets are on sale at eventim.bg, and in the countrywide network – at the Arena Armeetz ticket desk, at the National Palace of Cultuere’s ticket center and at the ticket desk in The Mall Sofia, as well as in the OMV petrol filling stations, Orange, Technopolis, Usit Colours and Bulgarian Posts.

DIEMA XTRA, part of NOVA Broadcatsing Group, is the general sponsor of Sofia Open’s third edition. Main sponsors are Emirates and Dubai Duty Free. “Eko Bulgaria” is the official sponsor and more key partnerships are up to be announced.

“I want to thank to all fantastic Bulgarian fans for their great enthusiasm for the tournament. We have a lot of solid partnerships and together we build the future. The level of the organization is very professional and high and I am sure we will live a great tennis feast in February,” said Paul McNamee, DIEMA XTRA Sofia Open Tournament Director.