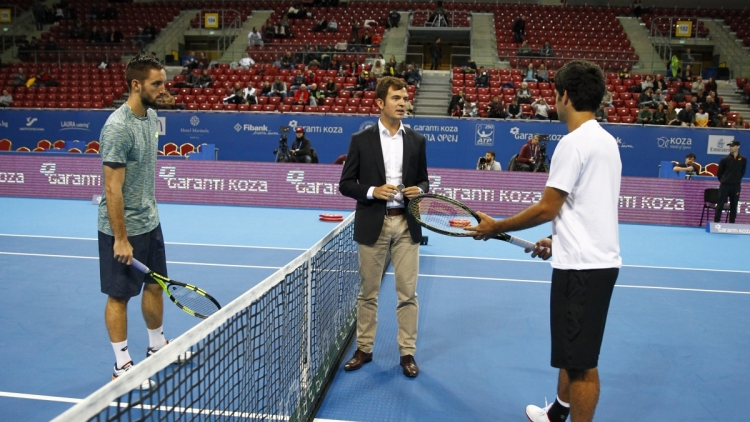 The last year finalist will play Haase in the second round

Garanti Koza Sofia Open’s last year finalist Viktor Troicki started his campaign in Sofia with straight win. The Serb is seeded N9 this year and will turn 31 in Friday. He won Cem Ilkel 6:3, 6:2 in 50 minutes. Troicki hit 5 aces and the young Turkish player never got a break point.

„It is always hard when you start a tournament and as always I was hoping to play good tennis. I think I did it today. I am happy with my tennis today. The opponent is young and perspective but couldn’t surprise me. I feel great here. I needed some time for adaptation and got it”, said after the match Troicki.

He will play Robin Haase in the next round.

“I know him very well. We played a lot of matches since juniors, we got together in seniors. I think I don’t have a defeat against him. But tomorrow is a new day, we are starting a new game. So I have to play my best if I want to win”, added the Serb.In the first match for the day Nikoloz Basilashvili defeated Adrian Mannarino 7:6 (7), 7:6 (3) in 94 minutes drama and will face next the top seeded Dominic Thiem.