Vasek Pospisil: I am pleasantly surprised by how I finish the year

HomeNewsSofia Open 2020Vasek Pospisil: I am pleasantly surprised by... 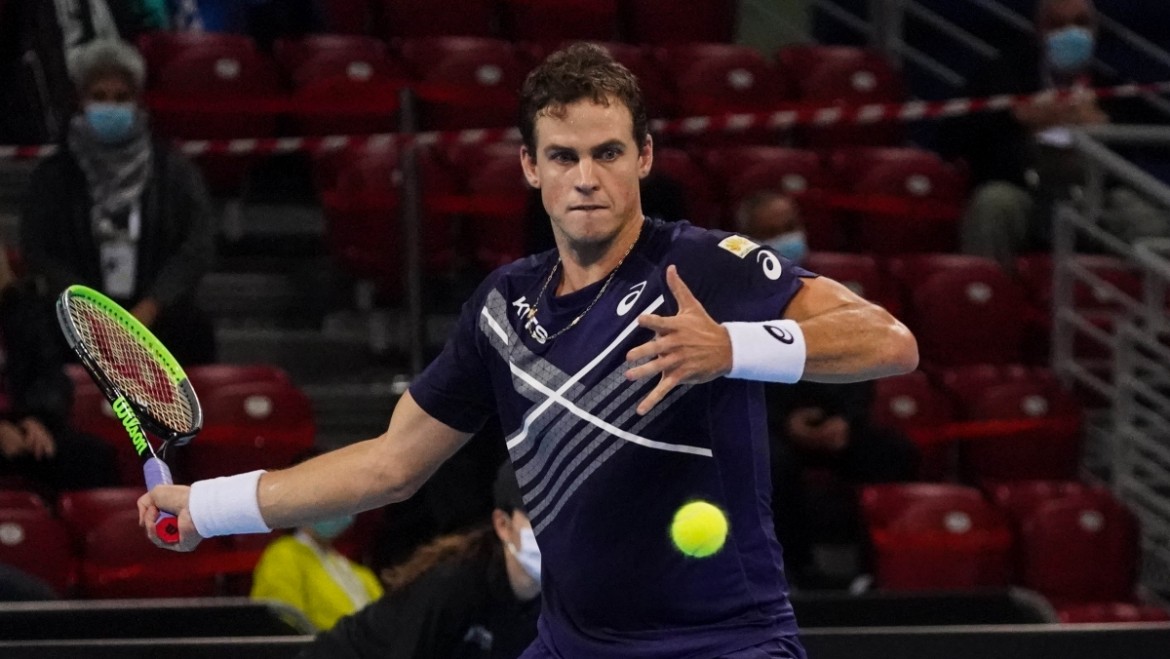 Read what he said about his participation and reaching the final in Sofia in the virtual press-conference (with abs).

Congratulations. What happened in the first set?

I felt like I haven’t had any chances in the first set. I was holding first serve pretty relatively comfortable. And I was disappointed losing that set. I just felt that I was lack of energy. So I just raised the intensity in the second set. Early in the set at one point, I pumped myself up. I did a break, and I felt his energy dropped. And I stayed relatively consistent, aggressive. So, I am happy with my performance.

I felt good. I felt like I was dictating the game from the baseline when I had first serve. So when I got the break in the third, I was pretty confident. And then I broke for the second time, and it was obviously tough for him to come back from that point. I was fortunate, but I just kept playing aggressive, and everything that I tried seemed to be going in. it was one of those happy days. In the last couple of matches, I was playing really well. I will try to keep this for tomorrow in the final.

Are you surprised for how well you’ve done?

I feel good physically, so I hopefully can go and play at a good level tomorrow and go for the win. I play aggressive and take my chances. A little bit I am pleasantly surprised by how I finish the year. Not only this tournament. I played well in January, in February, in the US Open after the tennis started up again. In the last couple events, I had some good matches. This year really picked it up. Also, again, it is a super fortune as well to be here, because in the first match I was down. My opponent was serving for the match. I was down in the breaker. So it is one of those tournaments, where you are hanging in the first round, and you can turn around. And obviously, it is not yet done. So I will do my best tomorrow.

How do you feel the experience of previous finals will help you tomorrow?

I think it will definitely help. I think the last I played at good level, I just coming up a tough opponent. Maybe this time I will be a little bit more relaxed. I don’t know. To honest, I will see tomorrow how it goes. But definitely will just try to enjoy it. As I said, I was down in the first round, now I am in the final, so I am going to go out swinging. Hopefully, I will serve well. I know Jannek is a super talent, young guy, a young player. And it will be a tough match. But I think if I play my best tennis, I can give myself a chance to win tomorrow. Though obviously won’t be easy. But I think the main thing is to enjoy being on the final.

How you feel after this coming back after the back injury?

Crazy. I was for eight months off. I didn’t know if I would play at this level again. I didn’t know how I will react to the surgery. And I am actually back, and I am playing some of the best tennis of my career. My body feeling is good felt like I was before six-seven years. That is playing a huge role. This gives me confidence, and I can go week after week. I can go three weeks without having issues which haven’t happen for some years. So I feel great, and I am playing some really great tennis right now