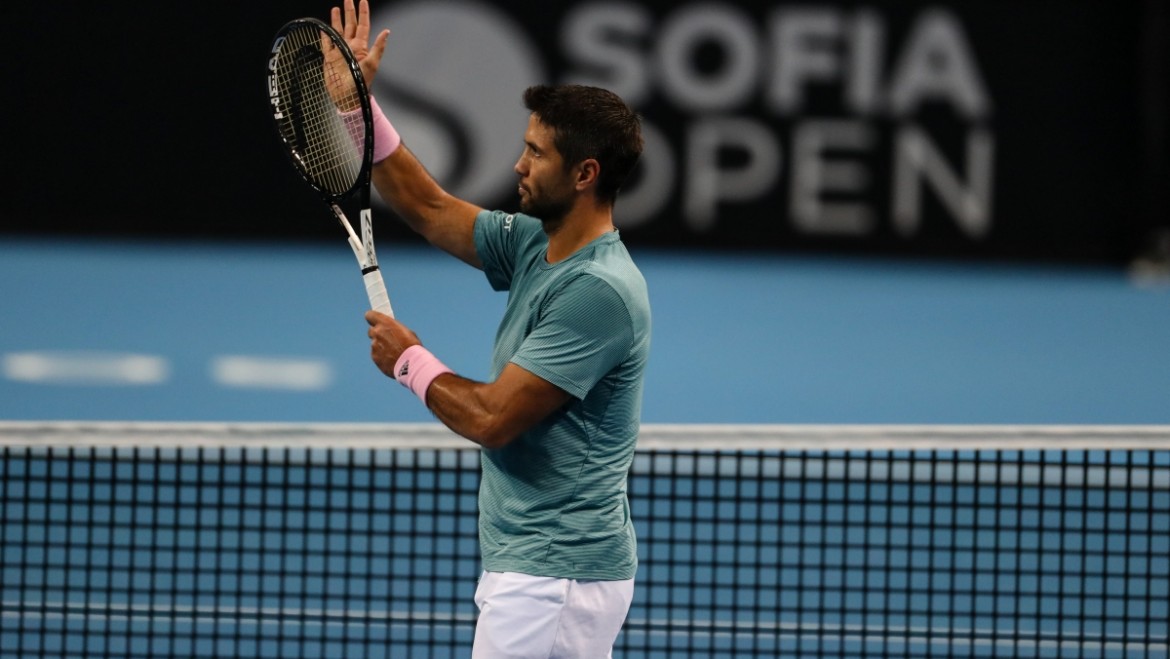 Fernando Verdasco eased into the second round at Sofia Open 2019. The Spaniard showed no mercy to his young Bulgarian rival Aleksandar Lazarov and won 6:2, 6:1 in just 51 minutes. Lazarov was the last Bulgarian in the single draw after winning his first ATP points with two wins in the qualifiers – against Lukas Lacko and Luca Vanni.

Next Verdasco will face last year runner up here Marius Copil for a place in the quarterfinals.

“This was a dream came true. It wasn’t a tough match at all. I think the three games I won were enough. Now I am tired. I haven’t slept the last couple of nights. This night till 4:30 am I watched his matches, trying to build some strategy, but, you saw, I couldn’t. I respect him a lot. I was nervous. This was a big thing for me. I need to use this year experience as a trampoline and to go on. My goal is Top400. I want to put realistic goals and not to be disappointed at the end of the year. The most important thing that I learned is to fight till the very end”, Lazarov said.