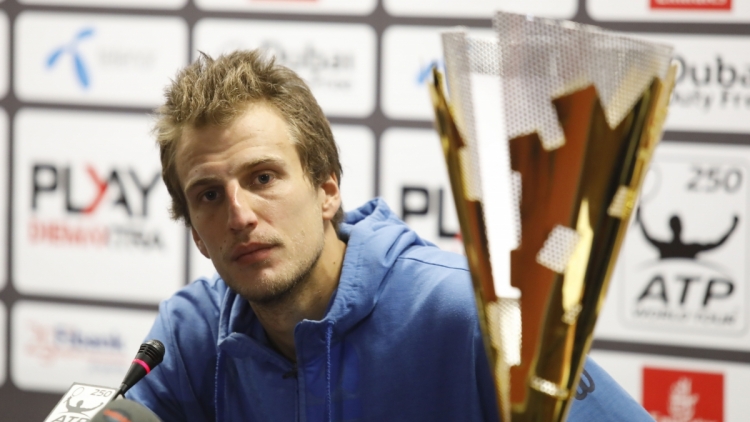 “Sofia will always will be my special place”

– Congratulations. How do feel?
– Ooh, I am very happy with everything this week. It is fist title for me, and first final. It is not happening to many players – to win an ATP title in their first appearance in the final. Also I am very, very happy for breaking into Top 100. Sofia will always will be my special place.

– You were two match points far from the defeat in the first qualifying round against Bulgarian Aleksander Lazov. If somebody had told you then that you’re going to win the tournament would you believe it?
– I was losing set and 1:3 in the second set. I survived somehow, because it is tennis, everything is possible. There are so many good players out of Top 100 that doesn’t have chances to play. I get this week the chance to play in the main draw and I played very well. But I could lose the first round and go home already on Sunday.

– What did you think in the third set when he broke your serve?
– First I remembered the first set. It was 5:4 and serving for the set. I thought I have to do something different. At 5:4 I was too much defensive. I had some chance to attack, but I didn’t. I thought I have to be more aggressive and try to win this game.

– When it was most difficult for you?
– I had problems in the first match, then – in the match against Marterer. I felt difficult on the court. Of course, the matches against Wawrinka and Kohlschreiber were tough, but these matches were more difficult. I was feeling physically good. Today, in the third set I was feeling tired.

– Seven matches in eight days, 17 sets, what is the price that a qualifier pays to win the whole thing?
It is a very, very difficult to do. I’ve spent may be 12 hours on the court. On lower level this me be is easier, but on this level is very difficult. So I managed and I am very happy to do it.

– How the crowd helped your success?
They helped me a lot. A lot of people cheered for me today. They supported me a lot. I want to thank to them. It was pleasure to play here. I haven’t played at many tournaments like this, but I think tennis is very popular here with so many people in the Arena even without Stan playing today. Thanks to everybody for coming. 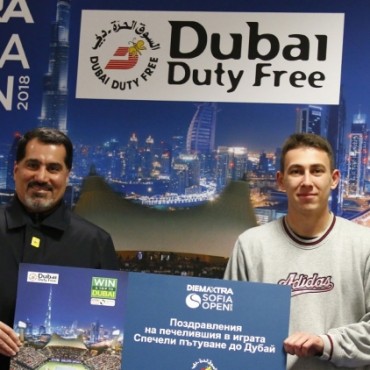 And the winner of Dubai Duty Free promotion is … Radi Kokudev