HomeNewsSofia Open 2018Bulgarian Champion will be awarded with “wild... 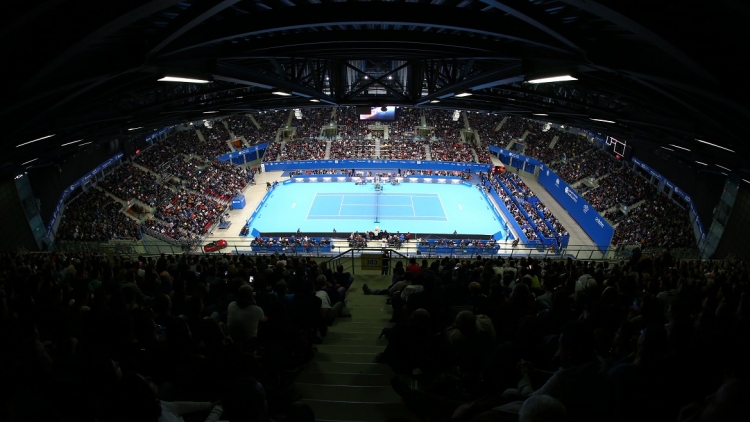 The new Bulgarian champion will be priced with “wild card” for the main draw of ATP250 DIEMA XTRA Sofia Open 2018 was announced today.

The National Championship will be held in “Sofia Gym” and starts on 23rd of January. A lot of Bulgarian players applied for the tournament and it appears to be the strongest tournament in the country for years. The “wild card” for ATP250 DIEMA XTRA Sofia Open 2018 seem to be a great motivation.

Interesting fact is that the final of the Bulgarian National Championship is on the same date as the final of the first Grand Slam tournament of the year – Australia Open, 28th of January. The winner will be awarded by the two times double champion in Melbourne and now – Tournament director of ATP250 DIEMA XTRA Sofia Open 2018, Paul McNamee.

“To play for a place in the main draw and a “wild card” for ATP250 DIEMA XTRA Sofia Open 2018 is a great initiative. We started with such idea at Australia Open years ago and the results were fantastic. It is not only that the winner will take such an award because of his wins, but we will be sure that he will be in great shape for the tournament,” McNamee commented.

“This idea for awarding the Bulgarian champion with “wild card” for the main draw of ATP250 DIEMA XTRA Sofia Open 2018 is not only a great stimulus for all players in the National Championship. It will be a possibility for everyone to show his best motivation, will and physical abilities just before the start of Sofia Open. And the title for sue will be more valuable and will bring better confidence and further successes,” added Todor Enev – the Bulgarian Davis Cup captain.