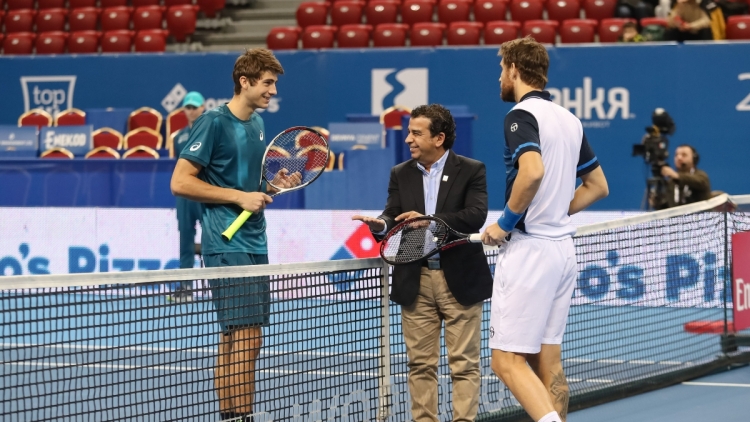 In the first set Donski, who was awarded “wild card” after winning for second year in a row the Indoor national Bulgarian championship, was equal with the more experienced and titled opponent. In the second Klizan showed he is the better player and won his third match in Sofia this year.

The Slovakian played semifinal here in 2016 and quarterfinal last year. The next he will play the three time Grand Slam champion Stan Wawrinka on Thursday.

Klizan is the third qualifier who reached the second round with countryman Jozef Kovalik and Mirza Basic.

“I was focused on my serve in the first set. I managed to do it till 6:5. In the second set I couldn’t get in with first serve and gave him chances to play his game, to set the pressure up to me, to play by the baseline. He is the best lefthander I’ve ever played with, this confused me. Such players are better than us with their physics, with their experience in the most important points. We have to go on working. You saw – Lazov, Lazarov played good too, but we miss something. I tried not to think about Wawrinka and to stay focused on my first match here,” Donski said.