Paire trough the second round at Sofia Open 2021, Seppi eases to the main draw

HomeNewsSofia Open 2021Paire trough the second round at Sofia Open... 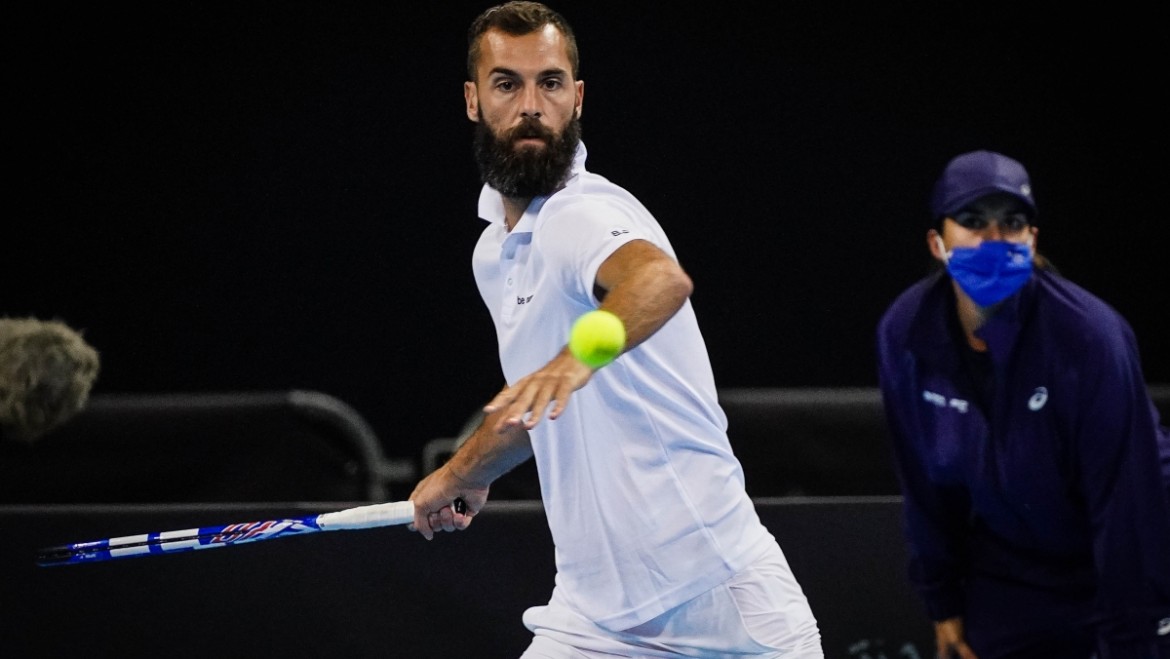 Benoit Paire of France advanced to the Sofia Open 2021 second round with a 6:4, 7:5 victory over 7th seed Alejandro. Davidovich Fokina (Spa) on Monday. It was the first main draw match of this year tournament edition.

Paire hit 11 aces, made seven double faults during the match, and saved 5 of 8 breakpoints.

The World No. 49, who was making his debut at the ATP 250 event held on indoor hard courts, broke serve five times and played aggressively from the baseline to advance after one hour and 37 minutes.

“[I am] happy about the win,” Paire said in his on-court interview. “It was not easy. Alejandro is a very good player, so I had to be focused on my game. I had to serve well and do my best and that is what I did and I am very happy and proud of my game today.”

Next, the former world #18 will face Emil Ruusuvuori (Fin) or James Duckworth from Australia. The 32-years-old could play the defending champion and first seed Jannik Sinner in the ¼-finals.

“I played well in the first game, it was good for my confidence,” Paire added. “The most important thing is to stay on my game and stay focused. I was solid today so I am very happy.”

Davidovich Fokina, who reached his first major quarter-final at Roland Garros this year, has earned a career-best 23 tour-level victories this season.

Andreas Seppi will play for the fifth time in the main draw at Sofia Open. The experienced 37-years-old veteran won easily against the Bulgarian Wild Card Aleksandar Donski 6:3, 6:2 in just 55 minutes.

The Italian, who is former world #18, reached the ¼-finals in Sofia in 2016 in the inaugural edition of ATP250 Sofia Open.