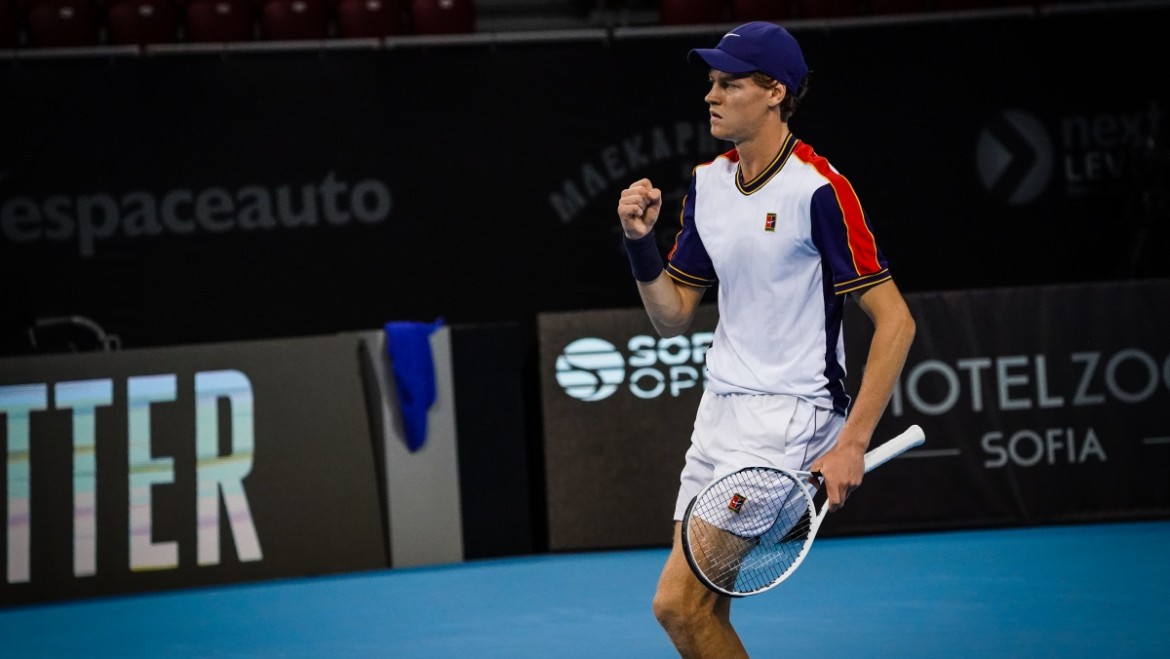 #NextGenATP Italian Jannik Sinner’s love affair with the Sofia Open continued  as he overcame second seed Gael Monfils 6:3, 6:4 to defend his title in Bulgaria and boost his chances of qualifying for the Nitto ATP Finals. Top seed is now 9-0 at the ATP 250 event in the Bulgarian capital.

The top seed hit with consistent depth and power against Monfils as he pinned the Frenchman behind the baseline to triumph after 79 minutes and improve to 3-1 in their ATP Head2Head Series. Sinner never lost a set in his second year in Sofia.

“The level was high today,” Sinner said in his on-court interview. “We had long, long rallies and it was physical as well. I am happy to be the winner here in Sofia again. I think it is a very nice tournament. It was the best match [I have played this week] because I had to.”

With his victory, Sinner will rise to 10th in the FedEx ATP Race To Turin on Monday as he bids to qualify for the season finale on home soil, to be held at the Pala Alpitour in Turin from 14-21 November.

The 20-year-old, who lifted his major maiden trophy in Sofia last November and is the first player to become a two-time champion at the tournament.

“It is never easy playing against Gael, we’ve had many tough matches,” Sinner added. “I think in the crucial moments I was a bit luckier than him, which helped me a lot.”

It is the third tour-level title the Italian has won this year. Sinner lifted the trophy at the Great Ocean Road Open, before he captured the crown in Washington to become the youngest player to win an ATP 500 event since the category was created in 2009.

Sinner made a fast start against Monfils as he found his range from the baseline, breaking the Frenchman’s serve to race 3-0 ahead. Despite Sinner making only 47 per cent of his first serves in the opening set, the Italian was ruthless when he found his first delivery, winning 93 per cent (13/14) of points behind it as he moved ahead.

The 20-year-old continued to dictate in the second set, causing Monfils problems with his flat backhand and heavy forehand. Sinner, who did not drop a set en route to the title, sealed his victory when Monfils fired a forehand long.

Monfils was competing in his first tour-level championship match since he triumphed in Rotterdam in February 2020. The World No. 20 has reached an ATP Tour final for 17 straight seasons. 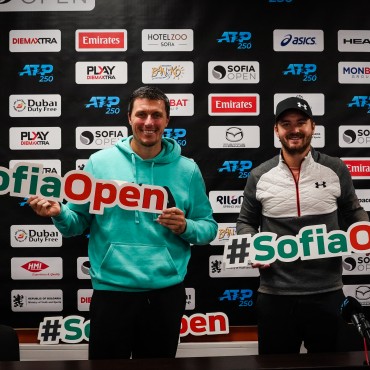 Jonny O’Mara and Ken Skupski: We enjoyed it!