Robin Haase is the Dancing (tennis) star of Sofia Open

HomeNewsSofia Open 2019Robin Haase is the Dancing (tennis) star of... 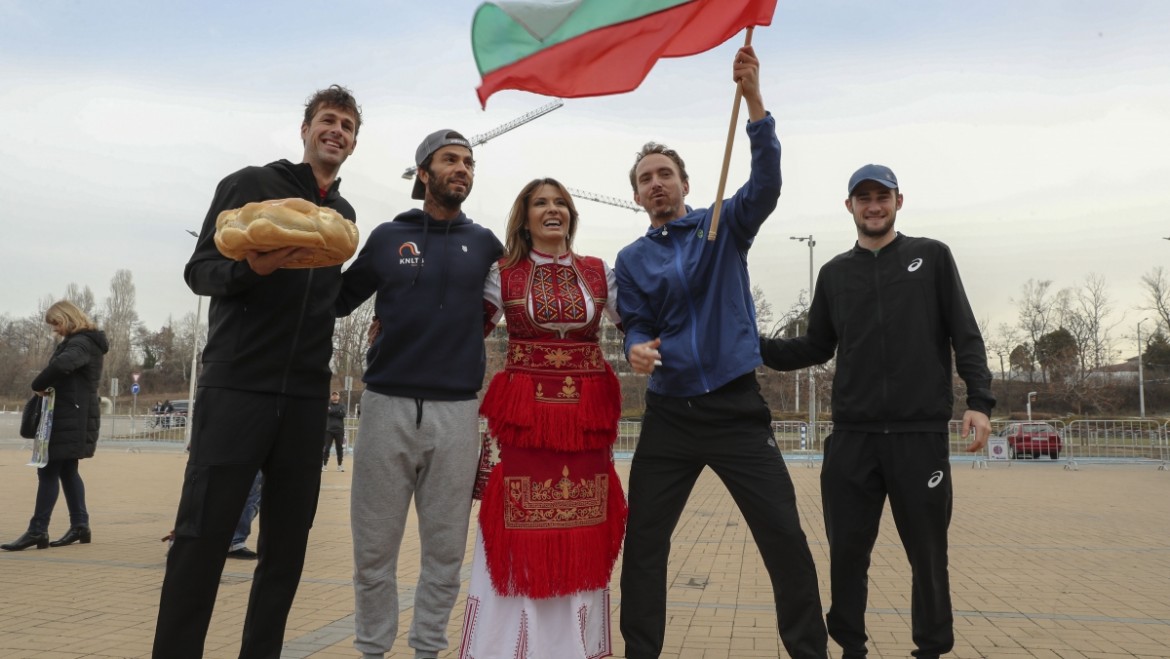 Robin Haase was named the best dancing tennis star at Sofia Open. The Dutch player showed a real talent and learned how to perform horo – the traditional Bulgarian dance. The improvised dancing contest was held just in front “Arena Armeec”. He tried his abilities along with his compatriot and doubles partner Matwe Middelkoop, another doubles specialist – Jean-Julien Rojer and the Bulgarian Indoor champion – Gabriel Donev.

Haase learned the original movements by the dancers of Club “Vitosha” and got a special prize for his abilities – a traditional Bulgarian bread.